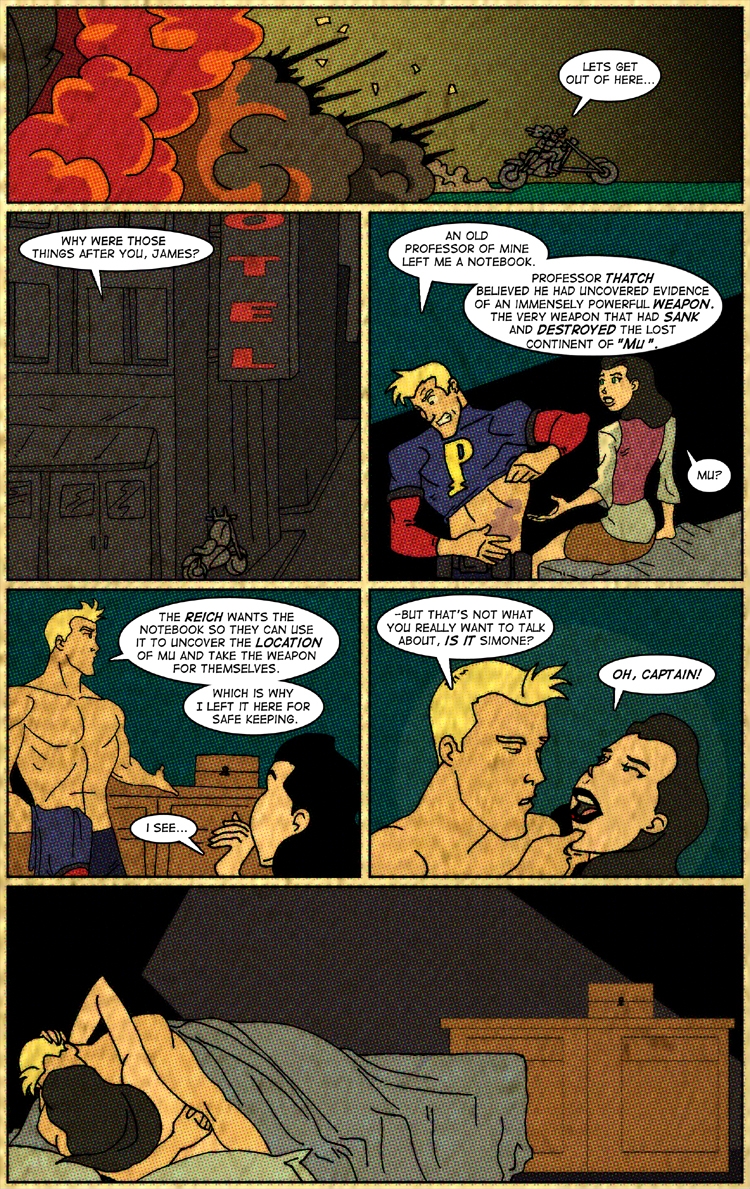 For those unaware, the lost continent “Mu” is an actual thing that I did not make up. It's like Atlantis, but for high-brow intellectuals.

It's over two years since anyone has posted here. Done -anyone- know what's happened to our intrepid webartist?

RD, you're starting to worry the Wombat. I hope all is well.

Roight. There's one man who can find RD, and that's Santa. Quick, somebody head for the North Pole, stat! I'm on the way meself, though I can't make it in time, Southern hemisphere and all. The bloody Wombatmobile don't fly.

Well, tromped all over Gondwanaland and no sign of 'im there. Anybody close to Lemuria? Hey, it's worth a go, right?

Interesting little mini comic, but odly enough I have lots to complain about it, unless this is merely the beginning of course. In it's current version it's all choppy action and no true plot. Are you coming back TRD?

OK, so he's not in Mu. Nor Brisbane. Well I'm sqwooged. Anybody near the North Pole?

Roight, it's search teams then. I'll take Mu since it's nearby.

I dont mind the hiatus even artists have to rest, but the silence is killing me what if something happened to RD, (Probably it was life, or NY comicon or APE)

and based on a week without updates I'd say, over. A Mini-series indeed, but action all the way.

just found this and loving it!

Mu's for high-brow intellectual crackpots, actually. Anyway... I like "Captain Lucky Bastard". I bet that would make a good name for a superhero.

ah ok, thought you had made it up

"So Simone how did I do?" "You were Perfect"

Yeah, Mu's just off the coast from Brisbane. Really great seafood. Oh and speakin' of fishsticks, GO CAPTAIN! Oh, and since she's a double agent better make sure your lil' captain's got his helmet on. >;>

oh captain lucky bastard, Anyway in Japan seems to be the opposite since they use MU instead of Atlantis. ducktales nes game one important stage was the MU island. Shaman King last battleground was the sunken island of Mu Megaman starforce 2 the villains wants to get the power of the lost civilitation of Mu.