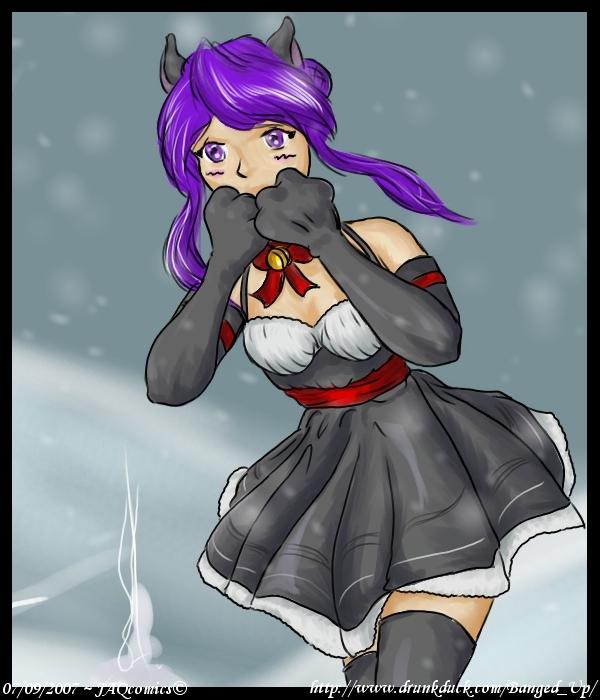 Well, shortly after I began this fanfic/webcomic based off of the MMORPG, Flyff, they announced the Beta Testing for Version 8. Apparently, the developers intend on making the game fully PVP (Player-Versus-Player) and that's just not my thing.

I hate putting it up like this only after getting the first page and first comic up, but I don't want to get investing my time into something to find out it's going poof.

Our lovely contest winner will still get her character showcased on here, as well as her portrait painting (no worries!), but at this point and time, I just don't have the heart to paint anything Flyff related.

So I quit Flyff for a while when I heard about the PVP anywhere, but from what I've heard, they switched it back to mainly PVE. Still don't know if I'll get back into it (I have really enjoyed my break) but it's good news anyway.

I feel the same way as your drawing . . . noooo, not PVP anywhere! Bad, bad! ;_; (I have never dueled another player in my life!) Worst case scenario, they implement PVP . . . I'm quitting. Which makes me really sad, but since I don't play much anyway, I think I could do it. Still, I've spent plenty enough on spros for it to piss me off! It's like changing the entire game! Also no worries on the portrait, whenever you get around to it, I will love it. I'm really good at waiting. ^_^

Oi, duel spam FTW! :/ With the official forums down though, it makes it hard to really know. :( Should be out soon enough though.

Actually, according to the boards, it just means you can duel anywhere, not just in the duel arena. All the rumors are from Korean flyff, where they have all the servers PK.