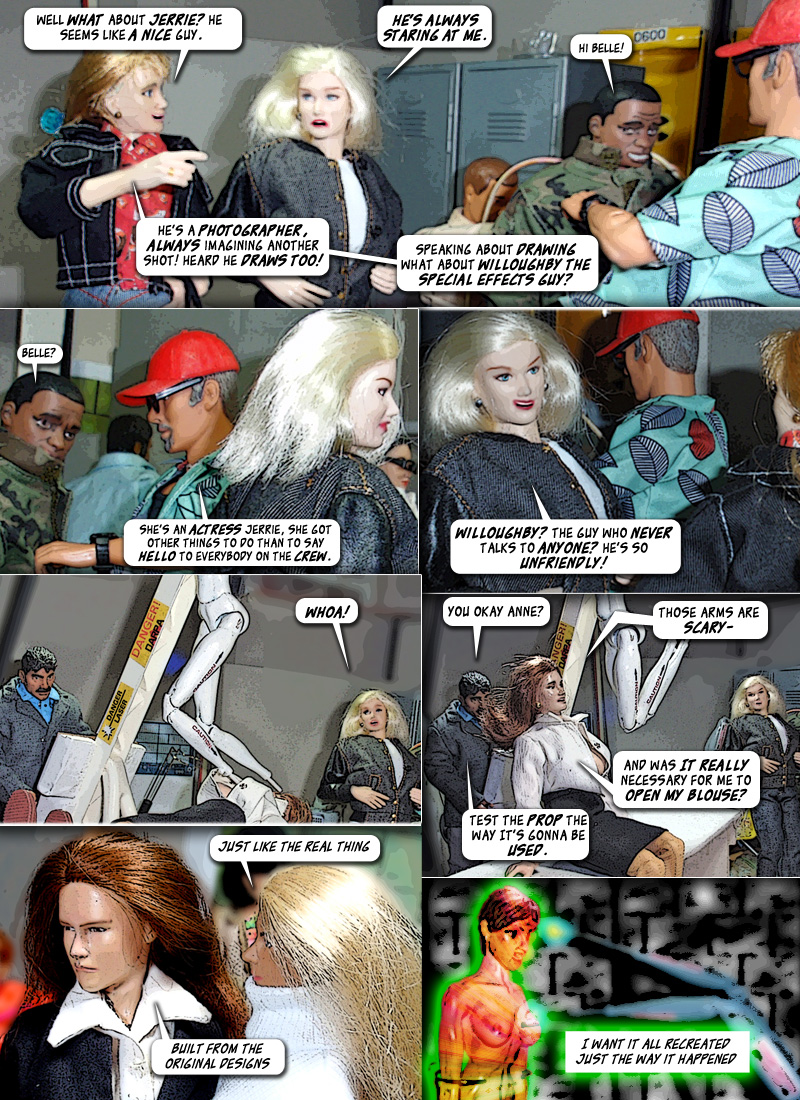 Since I missed a few updates,, now that there are pages here's one today. There'll be another page Thursday.

There's always the possibility that Belle just might be in her own little world of “being in a movie” and guys just aren't on her radar. At this point in her life she might even retain a touch of “stuck up” from her popularity in high school.

—
So I couldn't find any of the props used in the previous Robofemoid comics. Also I figured the stuff should look like humans had built it with 1990s technology. So I built a bunch of new stuff. The big thing in the picture took about eight hours to put together and paint. I wanted a moveable armature so used some old figures. Might be extra creepy due to closely resembling body parts. And tons of warning stickers.

Looking great! Those crowded panels really do the trick...but she doesn't know the bitterness that's brewing when she doesn't say hello!

She has a lot to learn.

You could have gone with something H. R. Giger might come up with :)

Giger was all about texture. Hmmm, that can be added in post production.