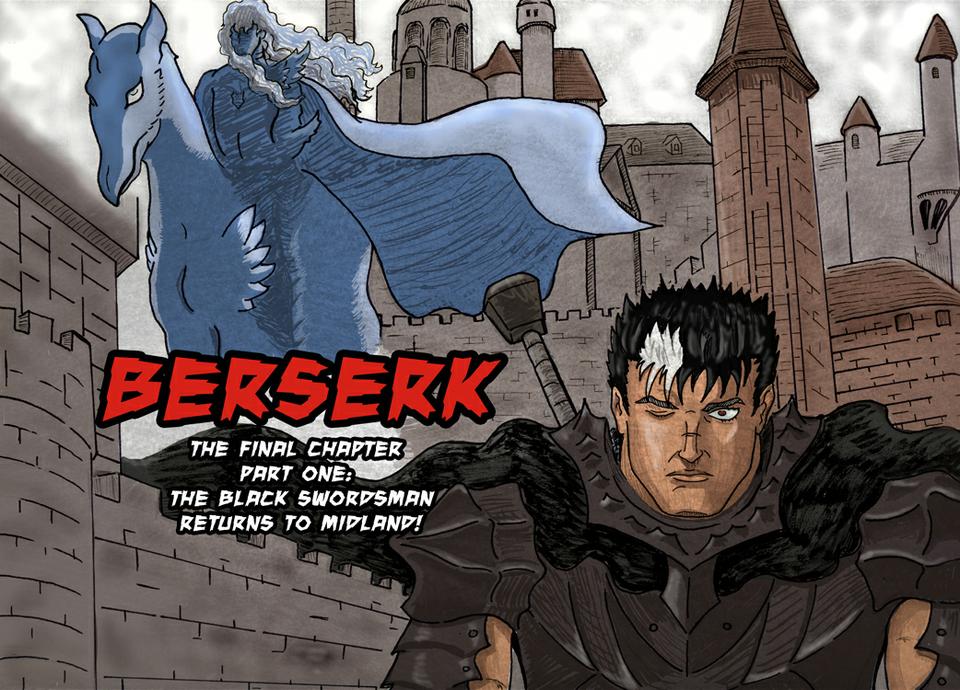 Welcome to the title page of the first part of the final arc of Berserk, or rather a fancomic based on Berserk. This originally appeared on the forum of http://www.theblackswordsman.com
I've decided to post it here for easy reading.

Berserk, for those who don't know, is a long running Japanese comic by Kentaro Miura that has one of the best plots and some of the best art that I've ever seen in any comic. Basically it revolves around Guts, a guy whose blah blah blah you need to read the comic itself. Dark Horse puts out a very high quality English release of it, which I highly recommend and endorse. BUY IT. (but for those who live outside of the states it's not impossible to find the series online, if you catch my drift). There's also an anime series which I recommend, which you can find on Amazon.com and a certain video hosting site that's quite popular…

ANYway this comic probably won't make much sense to you unless you've read the real Berserk series, so I'm gonna have limited readership here. But I hope all the Berserk fans enjoy, and don't worry, I'm aware I don't have one iota of the artistic ability of Miura, nor do I claim that the plot of this comic will be as good as Miura's actual ending will be. But that's a long way off. So enjoy this in the meantime.