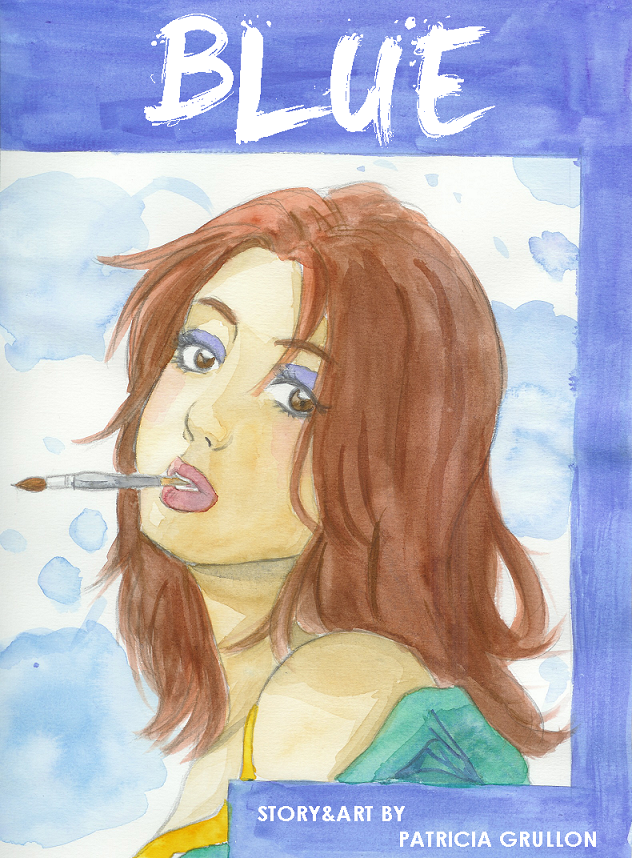 I went here from friction and im glad i did =D Friction was awesome but im sure this'll be beter. Your art is wonderful and i'll always follow on your work =DD x

*Hasn't been on drunk duck in sooo long* I heard about Friction. But I understand and I'm not mad so yeah. Blue seems to be pretty rad anywayz. I love the detail. The colors rock too. :D

Beautiful cover page. I'm still hurt that you stopped Friction as soon as you did. Friction will always have a special place in my heart that no comic can ever hope to fill. I remember being there for the beginning of your comic Friction, and I will always be a fan, but I guess I have to read this comic if I am to be a true fan. I hope it turns out to be good. Kris

Cool. Not too many pages, so I'll read this one first and THEN go read Friction - hope you don't mind ;-)

Yay, aqua painting! It's so difficult to do. I once took a course in aqua painting (don't know the correct English word for it, is it "aquarelling"?), but I definitely had a hard time making it look like anything AND using the right techniques at the same time.

Aw, pretty and awesome. I look forward to this comic, and I hope you don't fade away again! Like you did... I wish I had the fanbase that you had! (but I love my fanbase to death!)

New comic, eh? I like the watercolor approach to this page. There's so much to learn about color and overlapping in this medium...Try using ox gall liquid if you ever feel like it/have spare cash (it improves the flow from your brush). It's pretty fun (smells funny, but seeing where it comes from...). I can't wait to see more. :D