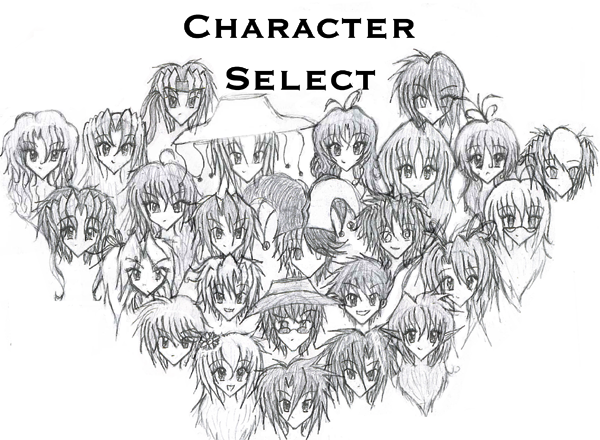 Ok, this is my first attempt at a comic, and I wanted something that resembled a cover, so I scaned a bunch of face shots from my sketch book and organized them in this fashion. I hope its acceptable or whatever.
Oh yeah, all these people are characters in my comic. The comic is about adventurers, all of which are different jobs such as warrior, blackmage, whitemage, ect from rpgs such as FF, that train together to fight in a war, and go on quests as such, but things will go wrong many many times in a comedic fashion.

And finaly, this is after all my first comic ever, and im not that confident in my artistic abilities, one of the main reasons Im doing this comic is to challange myself, so be patient with me, I hope to get better.

they all look so cute! XD 5 starss~

Love your characters...They are like Dr. Seuss on crack! and I mean that as a compliment!

Mmm. I pity the person that has to name them all.

Hi, you commented on my comic now I'm going to take a lookie at yours XD

good luck on the comic... i'll keep an eye on it

I like your style, can't wait to see more of this.

And we have a comic. Now if mine and David's comics could get off the ground then it would be an exceptionally productive summer.