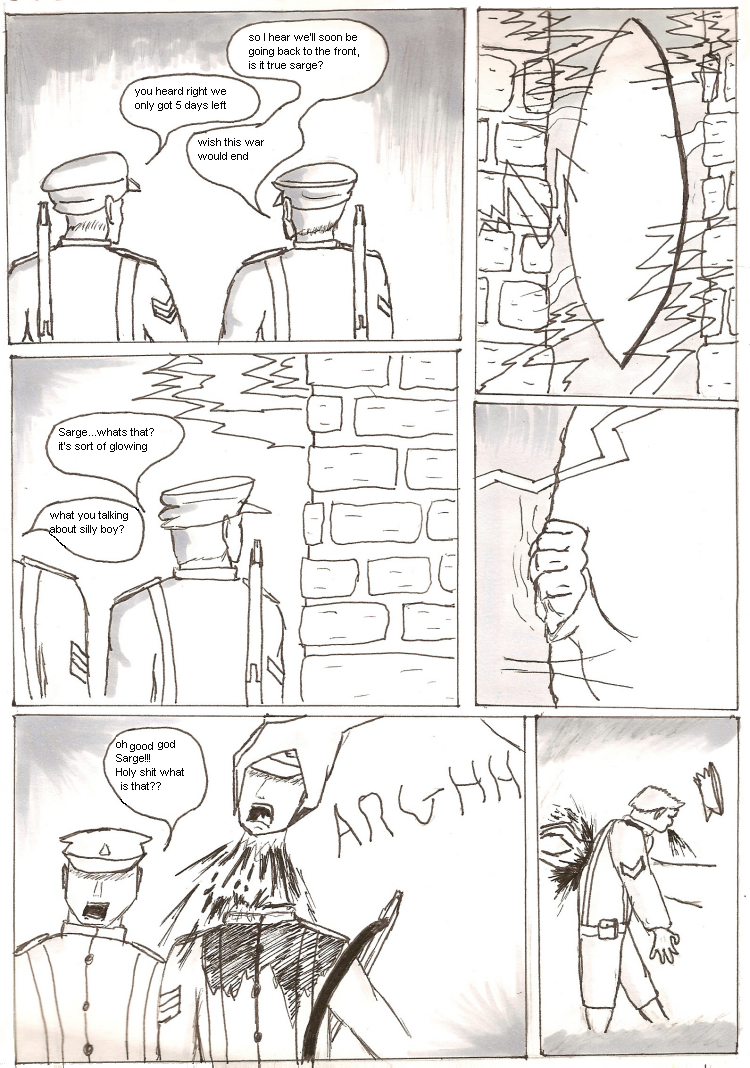 confused_soul: 'archives', yes. It is bad with translations, I know. Parts of my job requires me to translate and some of the rookies that have been put under my care are terrible at it. They can't use proper english let alone german, french, russian, japanese, spanish...

Master Chief Rules: The very same. It's getting to the extent where I can spot spelling mistakes in games (although the fact that the majority of games I play are translated from America doesn't help. I know when a U is missing...) . I can spot one in my comments from typing too quickly on this page as well. I mention grammar to him when I can. Some different shaped speech bubbles wouldn't go amiss either.

Confusedsoul: This isn't the OCD that my partner has where you spell anything wrong you get "That's got two 't's" or "It has a 'y'." Anyway I was referring to emphasised grammar, not the spelling. P.S Nice Avi.

Master Chief Rules: I help with things Toshiro can't draw, tonal work and I scan and email the pages to him. Any text put on to the comic afterwards is by Toshiro, who doesn't have my OCD spelling check.

Confusedsoul: Eh. Both: Shouldn't there a be an exclamation mark on the "ARGHH" for emphasis?

Both Toshiro and myself have it saved as files on our computers, and when the archoves big enough I'll recommend him to archive it.

Oh. So there is no hard copy? I suggest you print it off as I know this site is proned to crashing.

well me and a friend of mine got bored during lunchtime..started to annoy ea other, and ending up chunking things out of each others bags and braking/ripping stuff, very everntful day :D

Confusedsoul: *cough* Oh, okay?! He/she had a little help then? Toshiro AkA Whiety: What problem?

yes but it was posted before that little problem :)

Wasn't this one destroyed?