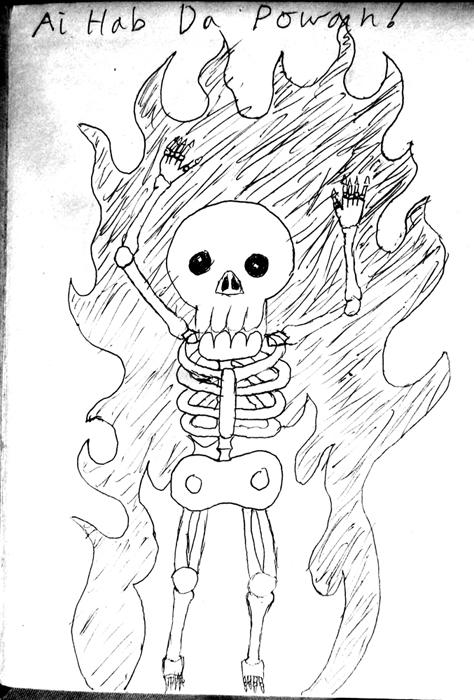 Hello everybody*
This is the first comic in a new series I am putting up here.
I started drawing these late last year sometime, and drew one every day, more or less since then. because of that, the updates will be as fast as i can photograph and edit all my old pictures, which is far more laborious than I expected.
don't be perturbed by the first few images. the later ones are far better.
I will try to explain the images as I put them up, but if you need an explanation feel free to ask. Most explanations of the non-story ones were written long after the pictures were drawn.
because my handwriting is nigh illegible, i will also post the captions here or in the title.
text reads: “Ai hab da powah”


*assuming someone reads this. if not, no-one knows that I'm talking to myself, so I win either way