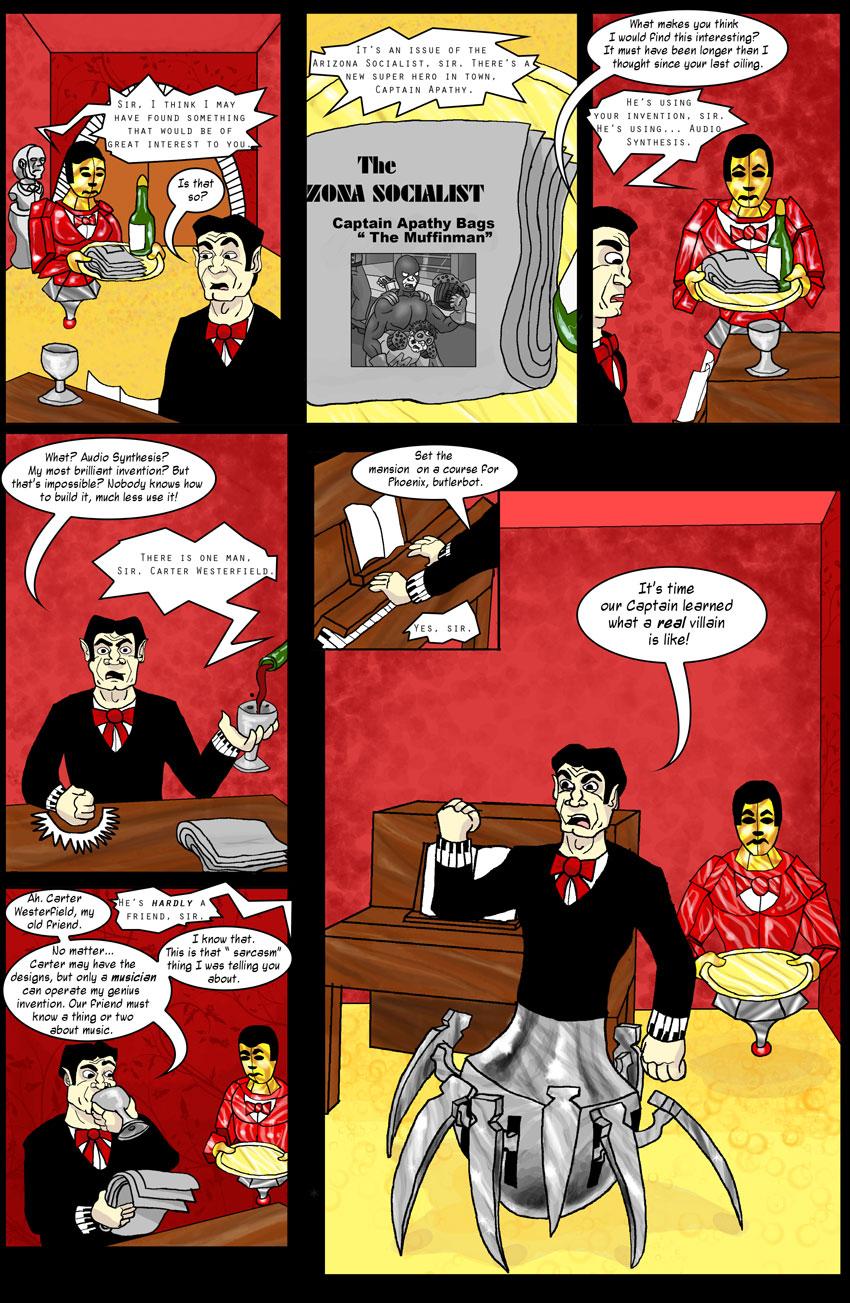 Well, folks, I've entered into the Comic Book Challenge again. You can click the dropdown box to see the things I've submitted. The first is called The Political Spectrum Ninja Association, a political action comic. The second is Captain Apathy, a super hero comic of contractual proportions! It's about a super hero under contract.
For the PSNA, the writing/lettering was done by Giando Sigurani (me), the art by Rori DeClue.

For Captain Apathy, the writing/illustrations/lettering were done by me, coloring by Rori DeClue.

What do you think, guys? We sure worked hard on this!

If that guy is so rich why can't he afford legs for his robot butler?

Hey, you gave it a shot at least. Something a lot of people don't even bother doing. And I thought it pretty entertaining. So hey, their loss.

Nothing. Nada. Well, I won't be entering again... I'll be going to school instead.

Dude, its even better than I originally imagined it would be. The back stories and characters are great, and everything fits together real well. And both comics have great art styles. Good luck in the Comic Book Challenge!