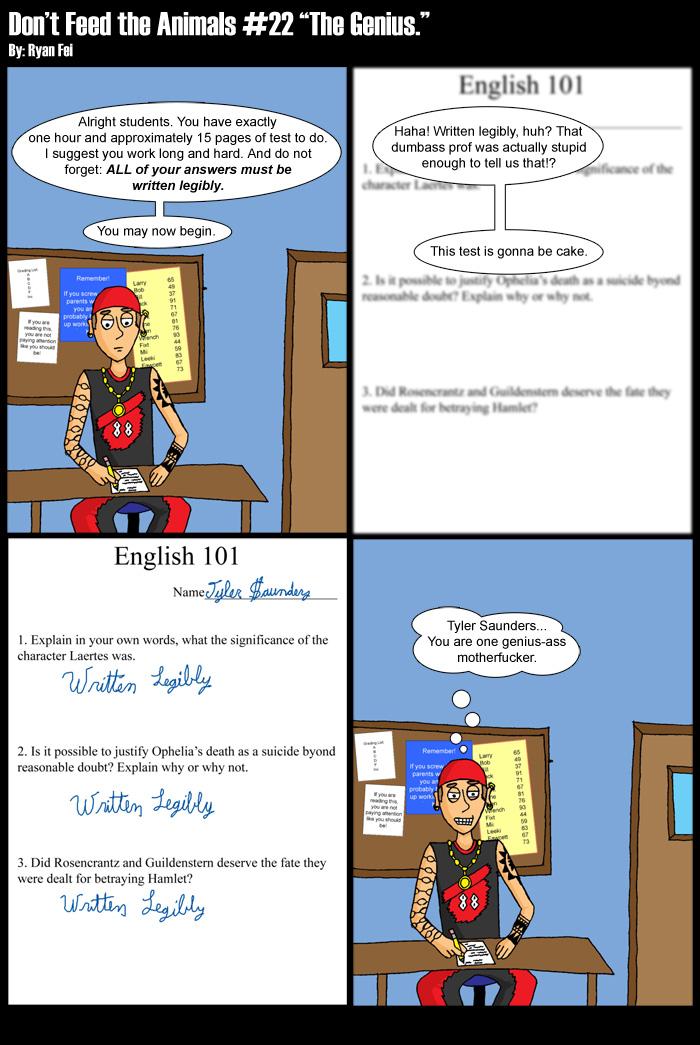 Notes coming soon! (Not that anyone reads them :P)

Typo, third panel “Byond” to “Beyond”

Wow, nearly a year since this page. Wonder what happened?

It's so damn funny

dude, not trying to be petty, buuuuuuuuuuuut it's been a few months since you updated...

Freakin awesome, yo! I wish I were that clever... I would have done better on the AP English exam.

You spelt "beyond" wrong on the question paper by the way... Just in case you're interested...

Whats amazing is that I actually have done that, and my teacher gave me an A for being a smartass. Damn I miss that class.

Haha, love how he signs his name..

HAMLET... One of the best by the Bard. I prefer the comedies.. but what can you do. I like the joke... Something I could see myself doing. Top notch!

How the hell was he supposed to answer the questions properly in those tiny writing spaces?!

That.... is frigging hilarious.

That teacher! Giving away the answers like that. Might as well just put the answer key up on a projector.

I also did something like that once... the teacher didn't get the joke.

he is bright, indeed

I did something like this once... It didn't work out too well

That is one smart dude!

Ha! That was good!