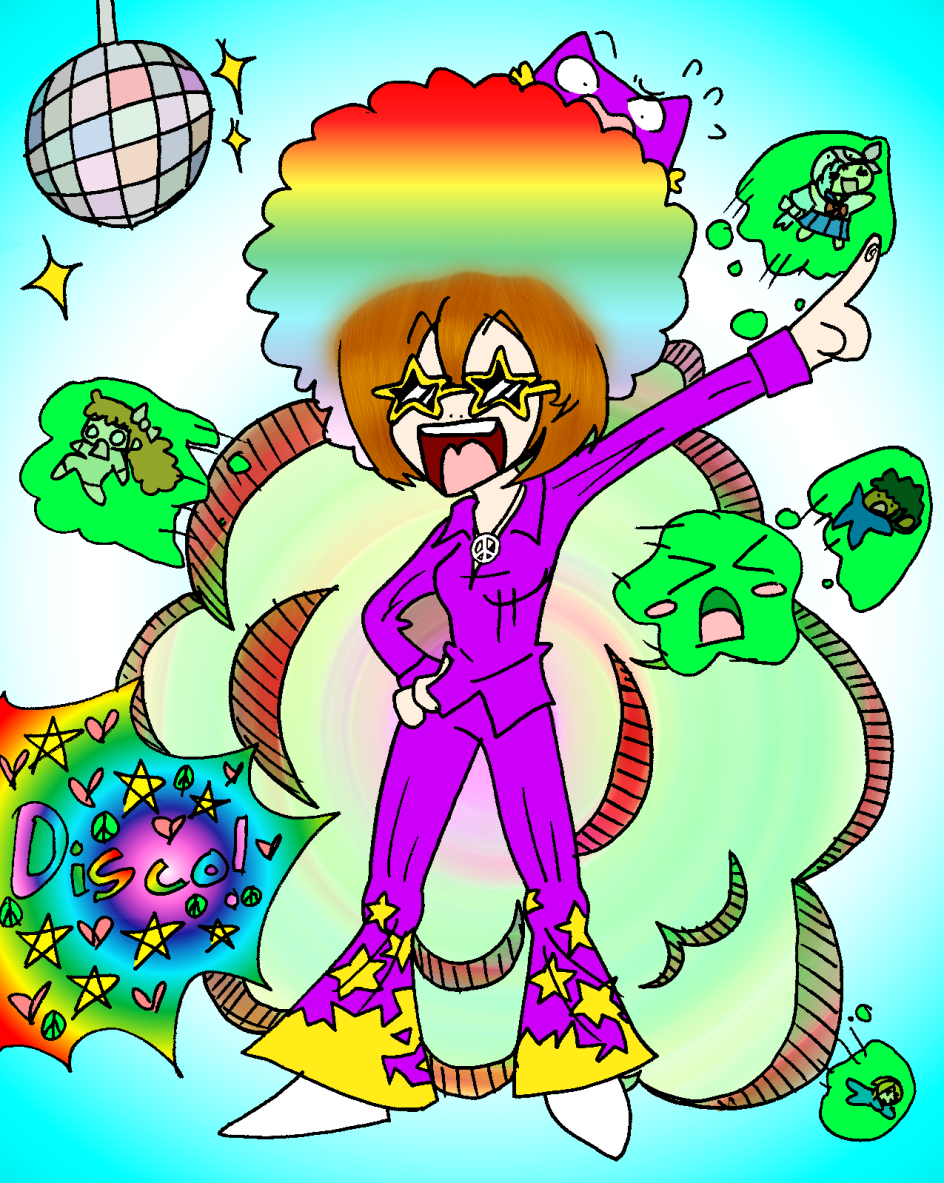 This is quite possibly the weirdest thing I've ever drawn. No. Seriously. But it had to be done! For the sake of art! And don't be scared away, new guests… >_> It's really not ususally this weird!

And on the last page, haha ^^;; The reference was to the 70s manga, SWAN. It's a ballet manga, and everyone always wears that same expression, sweats in little droplets all over, and background effects are waaaaaay overused. (Plus they yell what moves they're doing?) Maybe I wasn't obvious enough ^^;; So…. The one who gets first postey gets to make the DiT-themed request!!! (And this is an automatic upload, so it'll be fair, ne?)

Oh, and BTW… Doomjelly just exploded >_> because of the psychadelic power of dance and also I want this story arc to be over!

I love this pare very much. :D

Little to win but nothin' to lose.

somehow that worked, she must be very powerful

I have to be gone for a week! I'll be back on the 11th with an update, probably!

that's a lie. it's usuallt this weird.

I laughed so hard when I saw this at first it took me a few minutes before I was able to actually read it. This is awesome!!!!!!

You are the wierdest person ive ever met... (and I mean that in a good way) :)

...Shippo, I think Kiji will be the one who scares the new guests away =] And I love the page =D

This is so weird! i can't stop looking at it!