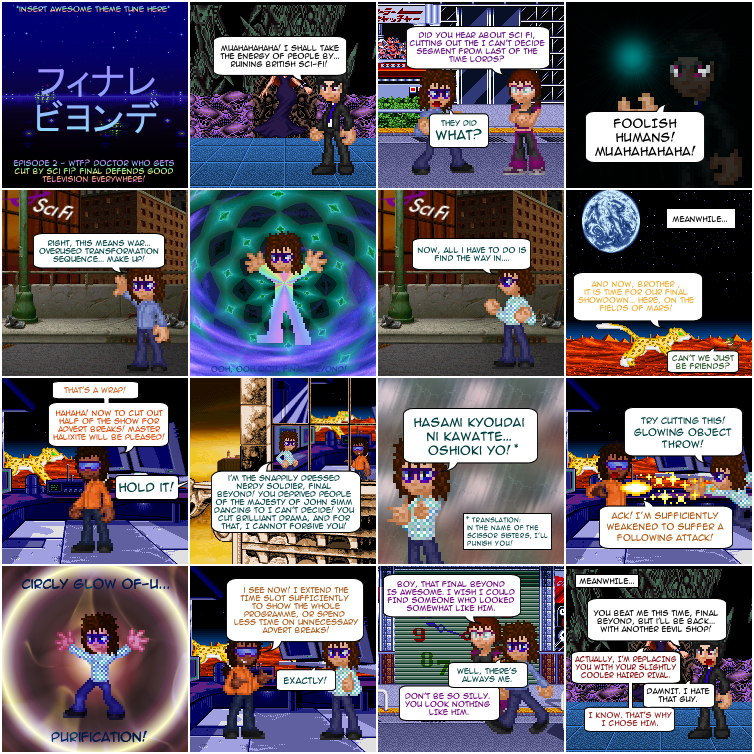 Sequel to the SM comic, a reaction to how my favourite scene of Last Of The Timelords was cut in the American premiere of it. So many people in the US have been deprived of John Simm dancing to the Scissor Sisters. It sounds weird, but it is PERFECT. I could write dissertations on it. Basically, to me, it shows the depth to which The Master is having fun. After a year, he's still tormenting the Doctor, and having collossal fun doing it.
Also, in this comic I have a cameo by The Lousiana Leopard and Edward J. Mallard, stars of a series of scripts by my pal Manwards. Their character song is called ‘Just Be Friends’, so that's an in-joke.