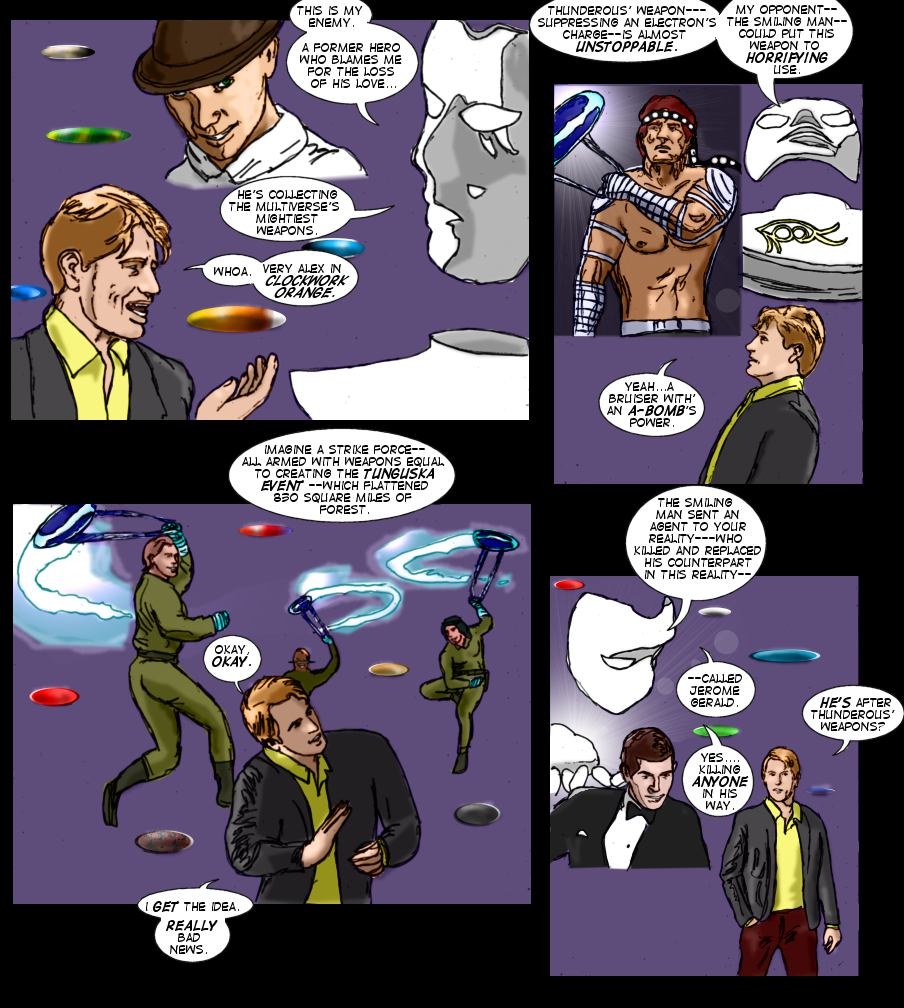 Don't be fooled by his normal name. Mr. Gerald will prove to be quite formidable….

Notice—he KILLED his own counterpart—killed HIMSELF in another reality—to take his place.

Does that give you an idea how ruthless this guy IS?