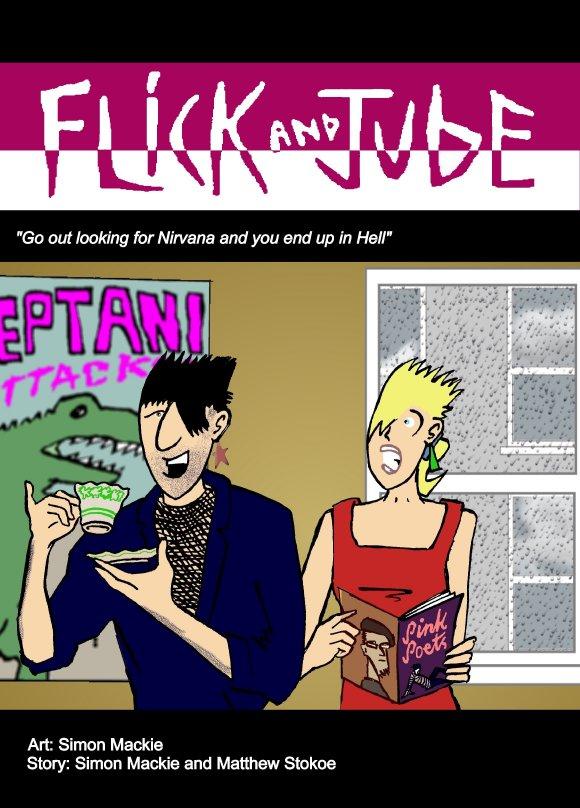 Flick and Jube break out from their mundane world and find themselves on a journey of exploration through nature and psyche that is both exhilarating and terrifying as they try to comprehend their new found power.
Learning how to levitate through the bond of their union, they drain energy from the Universal Flow, creating an opening for the Flow's passage to the material world. But an opening such as this can be a blessing and a curse since a door, once opened, can be passed through in either direction and power can be drained away.
Their fragile bond is constantly at risk of being destroyed as sexual intimacy with any other will sever it irreparably. There is one person who knows this - Flick's former boss. All he has to do now is to seduce Jube and save the world.
“Go out looking for Nirvana and you end up in hell”

Yay :D there is more to this story afterall :)