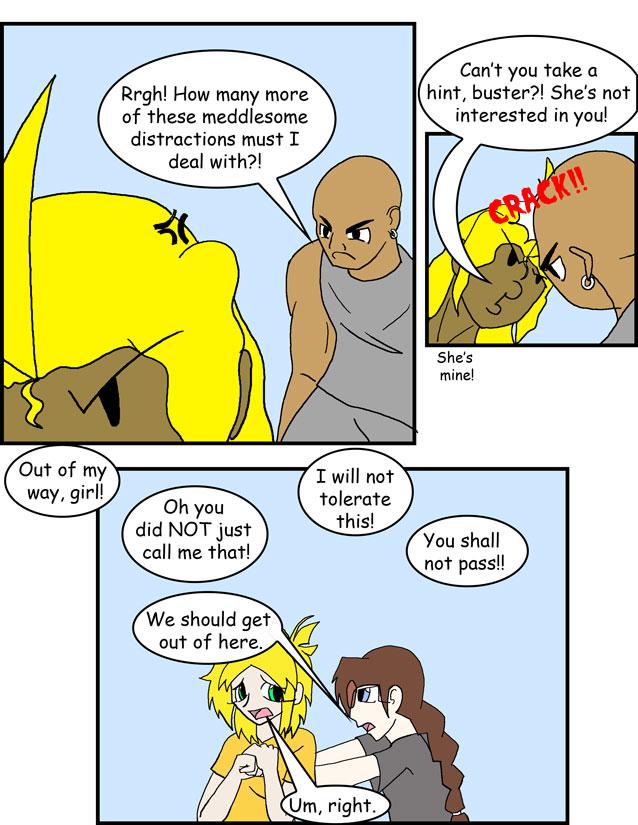 Yeah, I know, I know, but finals are this week and then I get two weeks off, so updates should pick up again.

Don't worry. I have RSS set up to watch your comix. Whenever you continue, I will be informed ...

Still waiting..... D: It's like Old School Steam....hoping for that update everyday.

Eh, If you've grown bored, then you've grown bored. It just kinda makes me sad though, since I've been following your comic since it debuted May 18, 2007, before I even joined Drunk Duck. But hey, it's cool. I just get emotionally attached to things I like, even when I know they are going to end, and then when they do, my heart wrenches and cry. But I'm kinda over this one now, though it was one of my first favorites, but seen over 100 of my faves end. I just hope that you are having fun with whategver you are doing.

I was going to say that these are some long finals, but if you've grown bored with the comic, then that's alright. Just don't leave us hanging on a hiatus, bro.

Dang it, I finally got around to reading this, and it's on hiatus.

please continue the story, I don't think anyone would mind b/w pages

There is nothing wrong with b/w artwork. We're primarily here for the story! :)

If I ever do pick this thing up again, it'll probably never be colored...

In my experience when the artist hasn't even posted a comment in 8 months the comic is almost always dead :(

where r you :( i miss this comic its one of my favs i love it i beg you prettyy plllzzzzzz w sugar on top,, i mis this comic tooo much :(

It seem Kohdok (or an imposter) made something and put it on a site on February 15 yay.

Kohdok, where are you? Your loyal readers miss you a lot! come back to us!

please update we miss you

Yes I hope Kohdok is doing well and just being lazy.