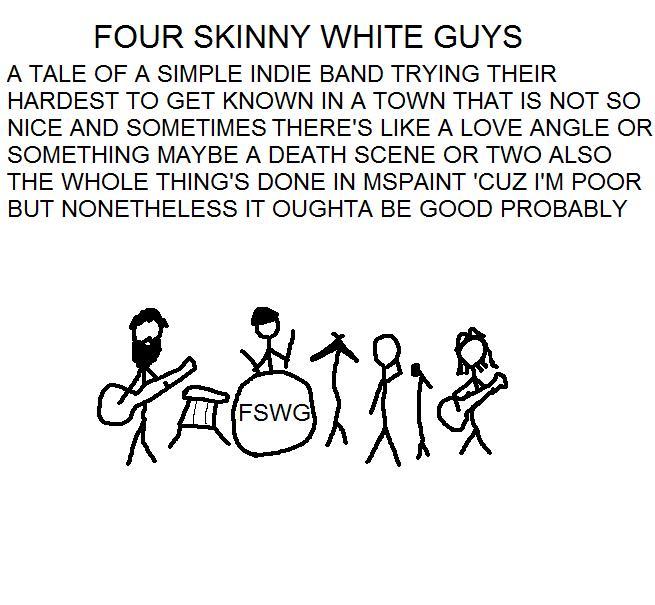 So yeah, I've been here for like four damn years, and this is going to be my first real comic. Isn't that something? The idea came to me once I had a realization - pretty much every band ever has consisted of four skinny white guys.

From left to right:
Jebidiah, the bassist. He uses a headless bass, mostly to help distinguish it from a guitar. Also notable for being the only band member able to grow facial hair.

Drew, the drummer. Uses a minimalist setup, only because he doesn't know that other drums even exist. Has been using the same setup since he was five years old.

Scott, the vocalist. He's also a poet at heart, but is most of the time complaining about something. Most likely, the other band members.

Bobby, the guitarist. He has long hair, and listens to a lot of music an indie guitarist probably shouldn't listen to. Also has extreme scoliosis.

This'll update regularly. I promise. Twice a week at the least.