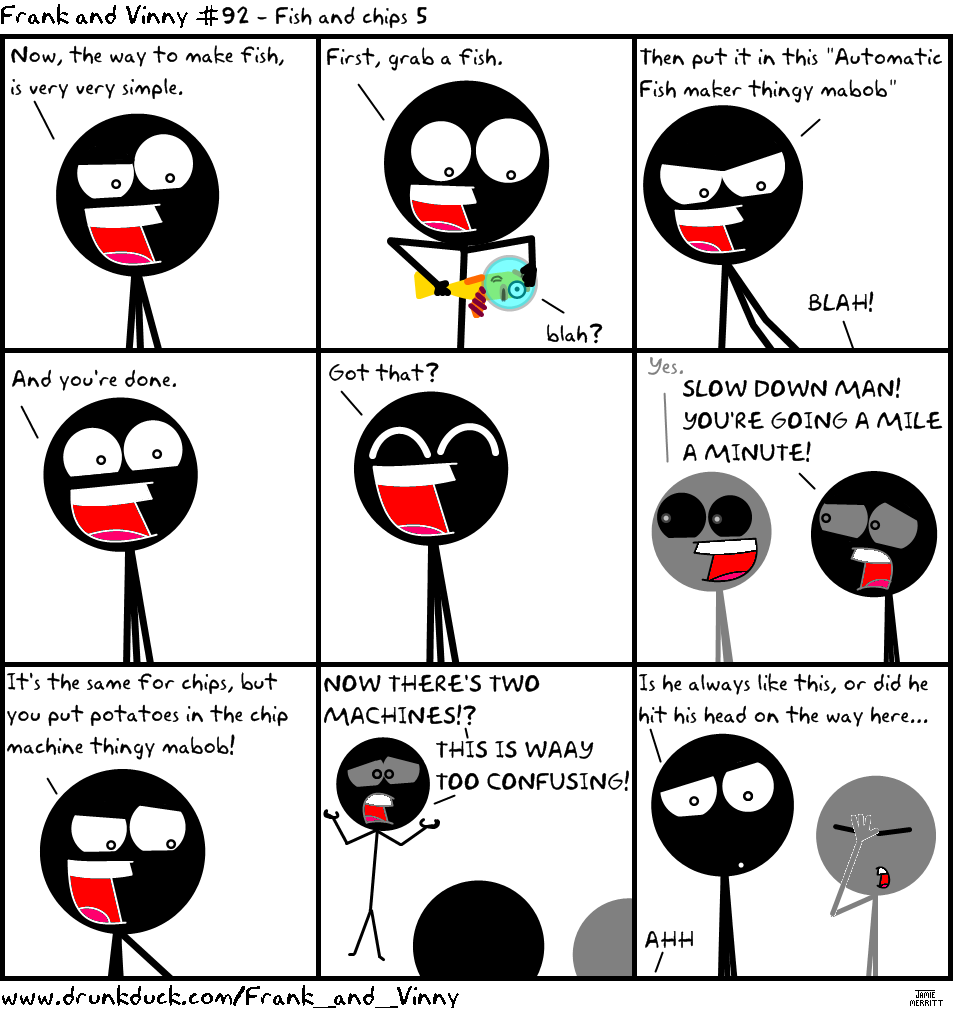 Grumble grumble grumble. If only there were machines like that. ;_;
If you're a fan of 2's a company, you might notice in panel two, a cameo from Mr. Goldstein. I thought it would be a perfect place for a cameo. :3
Also, there's a project on DeviantART called Winning is for losers, which is a super smash bros parody, run by Simplecomics. He made me and Frank a part of it! Check it out. It's sure to be a rip snortin' good time!
And that's the news.
Crocty out.

Ive totally noticed an error! On the last panel and second to last Vinny and the chip shop man switch sides - Tut this just isnt good enough I retract my 5 rating.... only joking :)

Knife goes in, guts come out. Is there an auto customer maker too? :p

*lol* Comedic genius! Ya gotta love Frank...^_^ And I never realized how fish and chips were made--how thoroughly fascinating! *snicker* ;) I don't think I'd eat a fish that looked like that one...*raises a skeptical eyebrow* (DD looks weird at the moment...)

I have a feeling that this adventure isn't going to end well...

That fish is cool. I also like how it says, "Blah!"

Gotta love stupidity! At least from afar... like in this comic. Funny!

Funny!! Really a great one.

@therealtj that's not Vinny... That was good, but took me a while to understand.

How come Vinny has white eyes?

I want a machine that turns things into chips...especially if they're BBQ chips!

Love the fish! I also like how willing that guy is to give his shop to a group of half wits (I say half wits because Frank has none and Vinny has one - divided by the two its half each)

Haha the fish with the diving helmet on...lol. :)