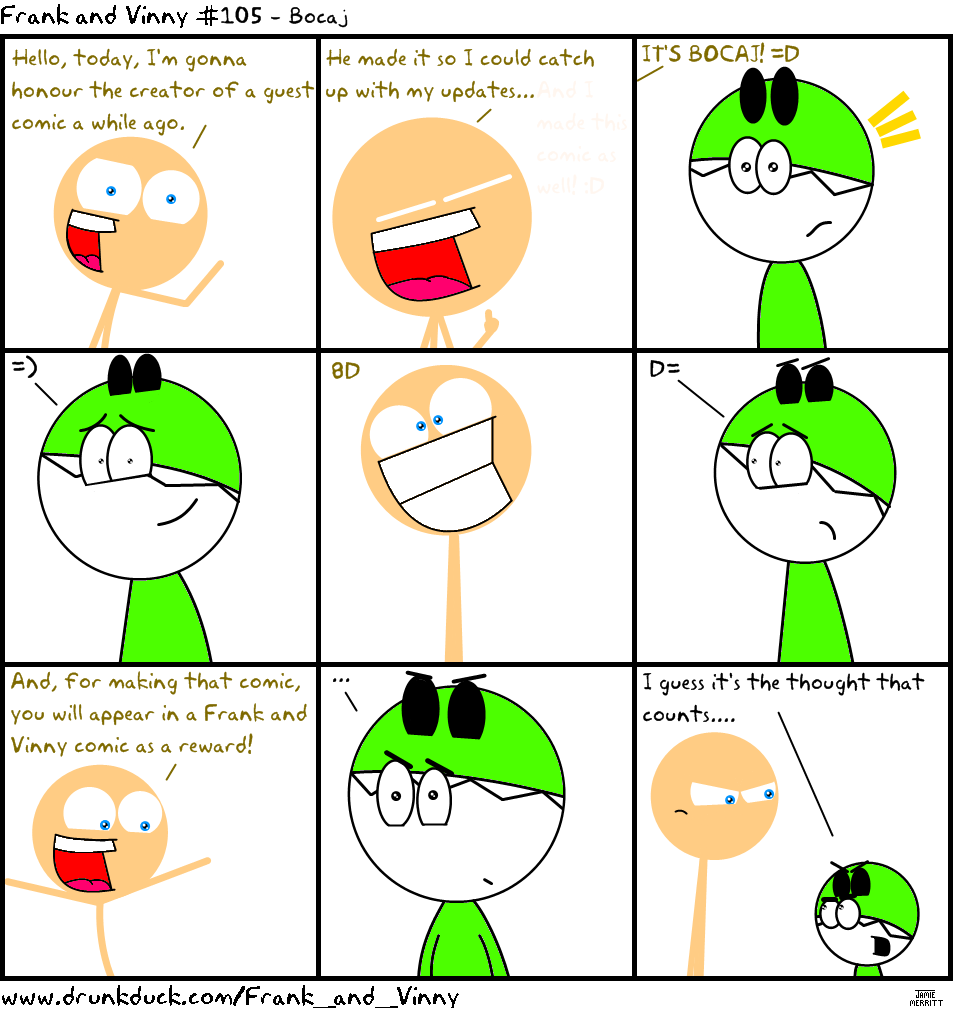 It's Bocaj! I made him look like his character from GIADC.
I don't have much to say except my braces were tightened.
And it's hurrrrrting…

There's another secret message! it's in panel 2!

love the disappearing and reappearing braces! :) Congrats to Bocaj...but wear are the teeth on his costume?

And now for a rating

U has no braces! agen! :O I like how the eyes on his costume have expressions too

Ah yes, regarding the size. I put you in this comic as GIADC, not you. And GIADC is, if I'm not mistaken, about 10 years younger than me. :3 I'll reply to everyone else's comments later...

It occurred to me that it is ironic that I am shorter than you in this, because I am older, and from what i can tell, taller.

To say he was honoured by appearing in a Frank and Vinny comic, does no one else find it weird that neither Frank nor Vinny were in it... Makes you think... lol

You're like supewr tall compared to him. have you been taking ?

*lol* The eye-shine really looks nice. =D It gives it a special polish! Thumbs up for Bocaj! Braces sux. X{

And this is why I don't do guest strips for people 8D (Along with being extremely lazy) *Points and laughs at Bocaj* Also, I find the art quite lovely on this page, wonderful job Crocty!

You're hurting, I am happy as a cannible. Thanks man, great comic.