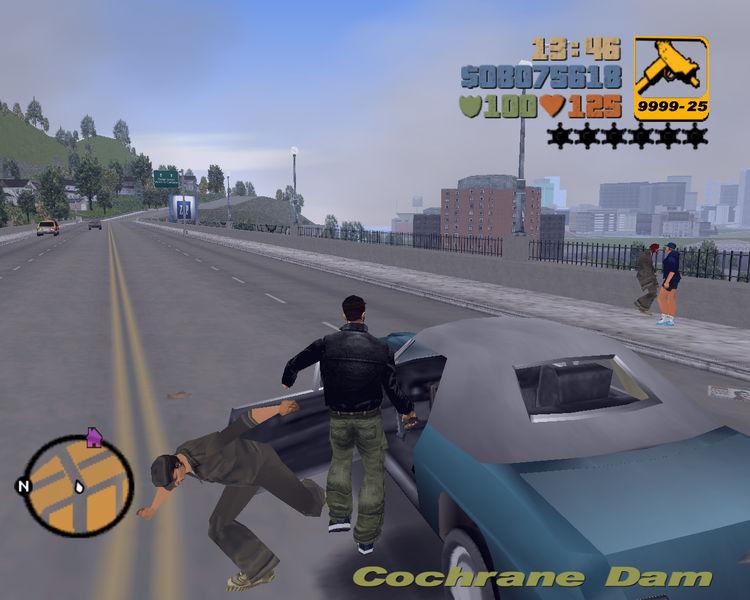 Because the main comic artist can't get any more pics of GTA2 untill he or I gets a Game Cube I will be posting pics from other GTA games.

GTA2 was intended to be titled GBH, or Grievous Bodily Harm. It was later decided that the phrase grievous bodily harm, used in English criminal law but rarely heard in the United States, was too obscure for American audiences. Traces of the name GBH can still be found in the game's code.

http://www.rockstargames.com/classics/ Here it is! Enjoy! Be thankful I'm giving you the link to that site, normally I would just tell people to fuck off for starting a comic unprepared, but since it's the first GTA comic on DD, I will support it. Let me know how it goes. If you need anything else, let me know, but I don't know if I can help that much.

There is this place where you can download GTA 2 for PC. I'll find a link. It's a site actually put of by Rockstar themselves, so that means it's 100% legal. Rockstar is a generous company, aren't they? :) GTA3 kicks ass. And his name isn't really Claude Speed I don't think, it's just Claude. It might be the same claude from GTA 2 but who knows. They look similair though, don't they?

It might not be illegal, but it's pretty damn stupid to just throw a screenshot up on a web page and call it a comic.

Isn't illegal to take screenshots from the game?

I see that some one used the cheat codes (9999 is impossible unless you had a **** load of cash and spent it on that weapon (Which is just stupid) or you typed in a code) but that's cool. tons of weapons and ammo makes random violence in GTA more fun