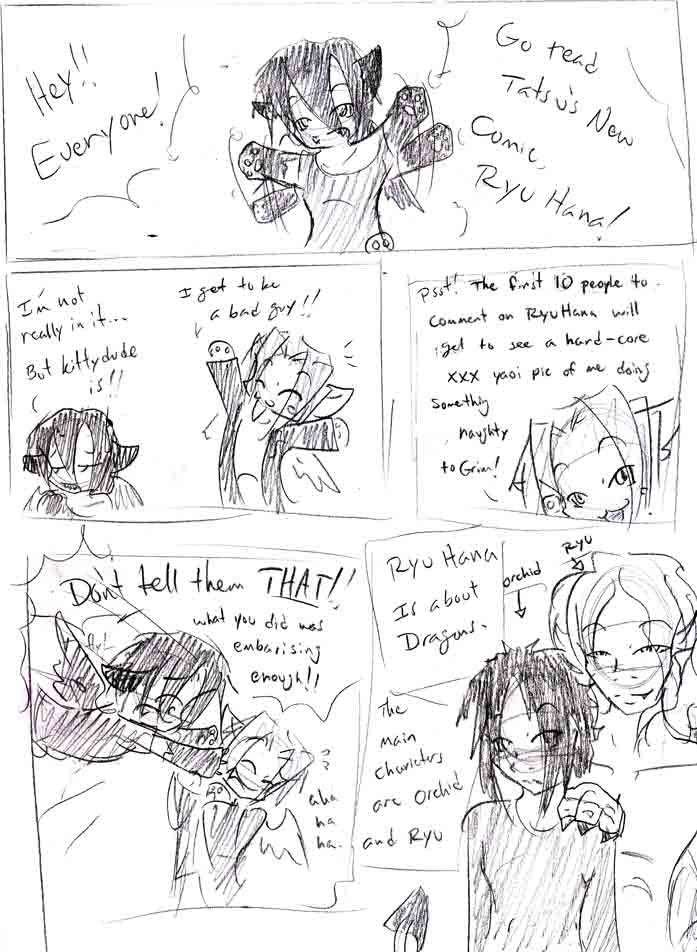 yeah, the first 10 people to comment (and hopefully fave) my new comic, which my real-life friends tried to steal from me and keep it for themselves. (theyve read Grim, and like this one better) Ryu-Hana actually has a plot and gets really really good, its only just started, but i just wanted to notify everyone. i stopped Grim cause it really has no ending and its not going anywhere. but this new comic actually has a plot, and anyways, the first 10 people to comment get a sketch of kitty dude doing something naughty to grim. i also have one of kitty dude and kharl. (and a bunch of other xxx stuff. i drew alot of hard core yaoi lately….theres like onari doing a three some with his each uisge friends and one of onari and vix and its all really pretty. so um yeah. meow.

NOOOO!!! i was enjoyig this so much T.T

plez put more pages on!!!! i've become an adtic for your yoai comic!!!! is really good and i hope to read mpre soon!!!

Hana is definitely flower. I'm not sure about Ryu.

ok will check it out