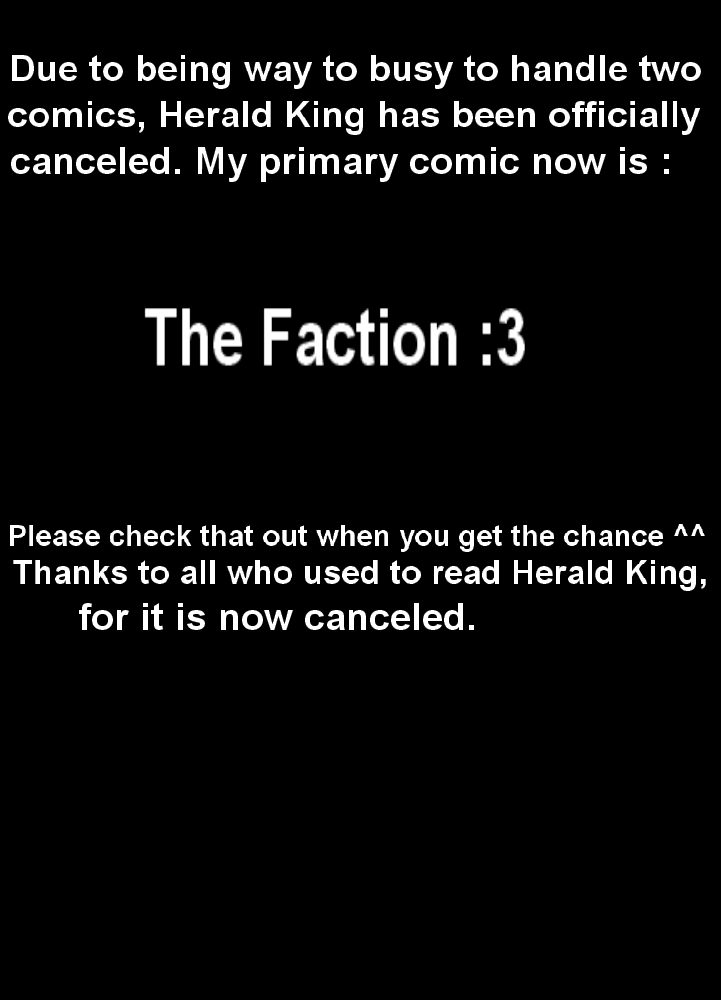 Sorry for reading this now after cancellation , but I promise I'll read it from the start and leave some comments.

From what i saw, this comic looks pretty cool. But dont worry. I know how it is to try to handle 2 comics at once. Its hard work. And it gets to a point where your workin too hard to actually have fun creating it.

Hmm, maybe i'll finish it after The Faction I guess :3 But that isn't gonna be until a while ^^; teehee :o

Please, please don't let this end now. As Flamen Tenebrarum says, maybe after The Faction has completed its run?

Wha? But I just got here!

Is it cancelled - for ever? :'( Or are you going to resume it once your other great comic has reached an end? *hopeful smile*

Grrr! Yet another strip that I thought I'd have a quick look at, got sucked in by its style, and now I simply HAVE to read your archive! It's late now though, it'll have to wait till morning! :)

You've gotta keep up with this. I love it! *faved*

Wow! I love your panels. Thanks s'much for your nice comment, by the way. :)

Ohhh, this looks like it's going to be outstanding! =3

trally good, when are you going to continue, or are you ?

So erm...when do the giant explosions begins?

hey your artwork looks interestingly exotic I'm still struggling with some designs for that sort Like your story so far :)

I really Love your character designs...Especially the way the eyes look on your women...they are beautiful!