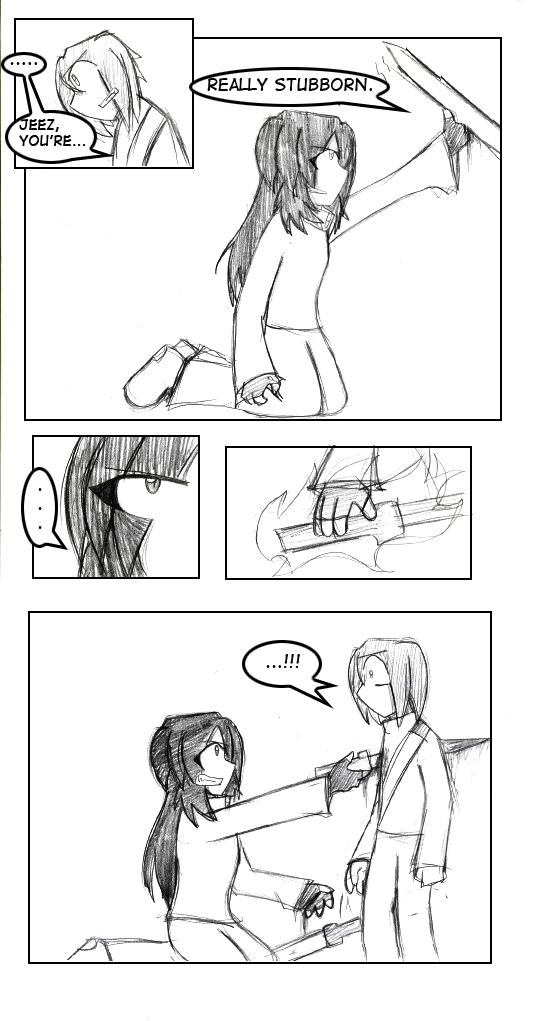 Ohoho. I finally started the comic. It's a different one than I mentioned, mainly for practice; www.drunkduck.com/Clean_Living

sorrry about that. well i've been haveing your comic since i sighned up hope your computer starts to work.

HiMonMan? Fun!:D(Wow, I didn't think anyone would check this!) Yep, I think I will remake.D: I'm gonna do another comic first, a loooot shorter than HTDS. It'll be good for getting back into the 'ol grind of doing comics in any case. I'm a lil out of practice.:) It'll give me a chance to start scripting the pages as well. Then I'll work on remaking HTDS. I'll probably keep this version as a separate comic, "Old HTDS" or something similar, heh.:D

Wahh, you left us on a cliffhanger(sorta) and then you might(probobly meaning 'will') remake it? Sigh...I guess I could...wait. Maybe. P.S. I haven't been on here for a few years due to no internet access at home but I'm re-hooked on HiMonMan(I might start calling this that, if you don't mind) so please update soon!

DANG. Its been almost a YEAR? I'm sorry guys! Well, I'm back. Sorta.. I got a computer (and a tablet! YEAH!); pretty sweet gaming one too. But..anyway..uhm... Coming back now, I can't find myself able to get back to doing HTDS at this moment. Looking back on past pages just brings a bad taste in my mouth; not so much the art (though it has been pretty bad at times :| ), but the story. At the time I started drawing HTDS, I sacrificed a few plot points and changed some things around simply because I couldn't draw them. Which..really was a horrible mistake. So, yeah, I'm probably going to end up remaking. This time, I'll stick to the story as I originally intended. There won't be any major changes, just chapters will be longer, chapter 1 might start out differently, etc. No major characters will be deleted, but chapter 5 (or was it 6? Shit its been so long, whichever one had the stupid twin sisters) will be replaced. When? I can't say. Whenever I finish the script. I still need a break from HTDS; I drew the characters so much on the side I got a bit tired..:D" But I WILL continue! I plan to do many comics, HTDS included, and its prequel as well! So the next version of HTDS definitely will be the final one, and this time, I'll stick to my story properly. Before I start HTDS, I'm going to do another comic. Yeah, yeah, I know.. Its a short comic though. HTDS on the other hand is a bit longer. Sides, I want to use this to get back to comic making.:) I dunno when I'll start, I was hoping sometime this week or next, or maybe waiting a bit longer since I got some tests coming up and crap;yeah, college now. Horrible, horrible, horrrrible. Well...until next time, kids!

Come on, get a new PC for Christ's sake.

hey folks! ping here. more troubles. my computer now refuses to boot. im typing this at school -computer im usings shift keys dont work correctly-. i cant get to dd from my dads computer, as its blocked and refuses to be unblocked, woops, so im typing this from school --shh-- i dont know when ill be able to update again.-sigh- sorry, folks!