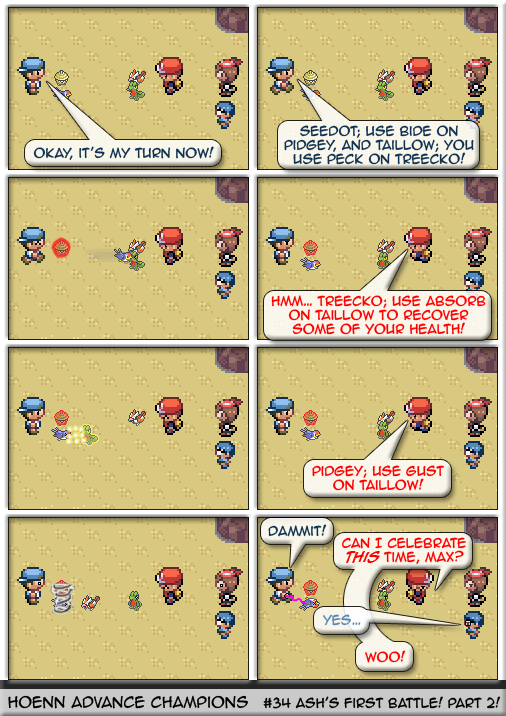 Just pay attention to my author notes every Wednesday at PH, I'll be sure to mention to you if I'm updating this or not :O

oh, i have a habit of rating on every comic i visit

No, I was asking why you're commenting and rating on a dead comic (being the co-owner I should know if it's dead or not). Also this page in particular was completely made by me, Mark wasn't involved at all (aside from telling me what PokÃ©mon were used). Coincidentally, I talked to Mark awhile back. He said he quit this but couldn't be bothered to remove it. So, yeah.

lol, came bak to this comic and saw kevin responding to my comment. I 5'ved it cuz even though the sprites are undated and there is some bitmixing involved, it is actually much better than most comics today (graphics wise) even though it was made like 4 years ago :D

What in the hell are you doing?

I haven't talked to Mark in ages...

They are almost as good as Mudkipz.

I know what you mean, sessy6.