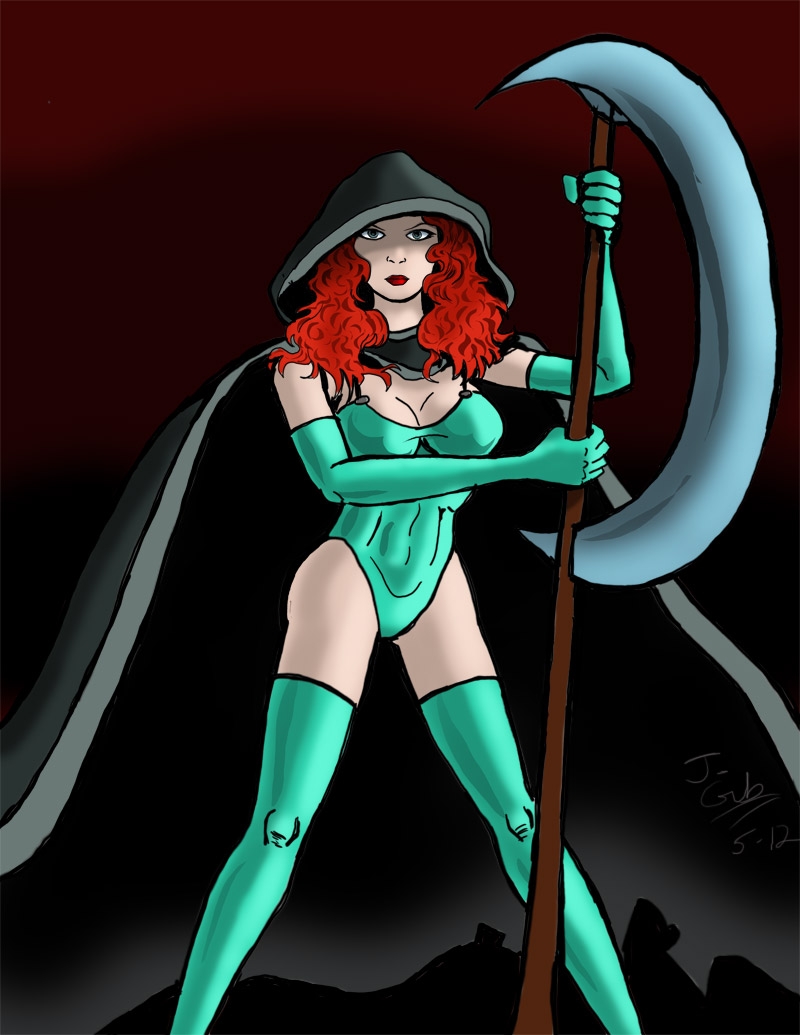 Hey Duckies. Its been a while since I've done any of the HU characters.  I was going to do something with Steve and Luke, but instead I decided to go with bad girl Persephone.
For those who have faved How Unfortunate, I'm really sorry that I've been away for so long. My life over the last year and a half has been way beyond crazy. My webcomicking had to take a back seat to work, my Mom dealing with cancer, and other things that just kept piling up. When everything started getting back to somewhat normal and I had the time to get back into webcomicking. it was another comic story that took up the time, Karen's Edge. So for the last few months I've been working on making Karen's Edge and building a huge buffer. Having done that, I started the comic about two weeks ago.
Now will I still be doing How Unfortunate? The answer is yes, starting this Summer. I'm probably only going to do a page every other week. But its better than not doing any and leaving people hanging.
Thanks for checking out the comic. Once again, I'm sorry about the long time away. It couldn't be avoided.
Later.

I'm just glad you're back.