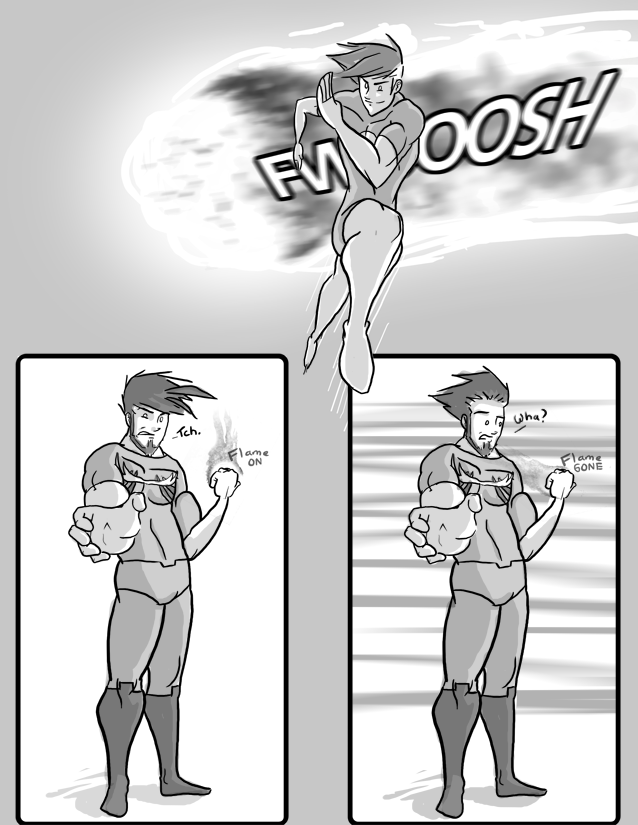 Sorry for the long wait. Here's the next ‘page’

No dialogue, just Acadia running away and displaying his superior SPEED skillzz

I read Hellfire, so I know how this ends; nevertheless - awesome fight!

Another fav for me, excelent work.

Sorry for being pushy earlier.

If only you were as fast in updating, 'caus this is great comic.

Sweet comic!!! Is Acadia an Acadian? Acadians are more commonly known as Cajuns.

I just read through all of this. Fun story. I like the shift in the art from full color to the toned look; it fits the character. Loved the joke in this last panel, too.

Dante is going down!

I'm sure Dante's enough of a flamer to get it re-lit. ((Someone had to make the joke.))

hehe, instead of leaving a trail of fire from running so fast he puts out a fire! i especially like how dante's hair changes after you run past