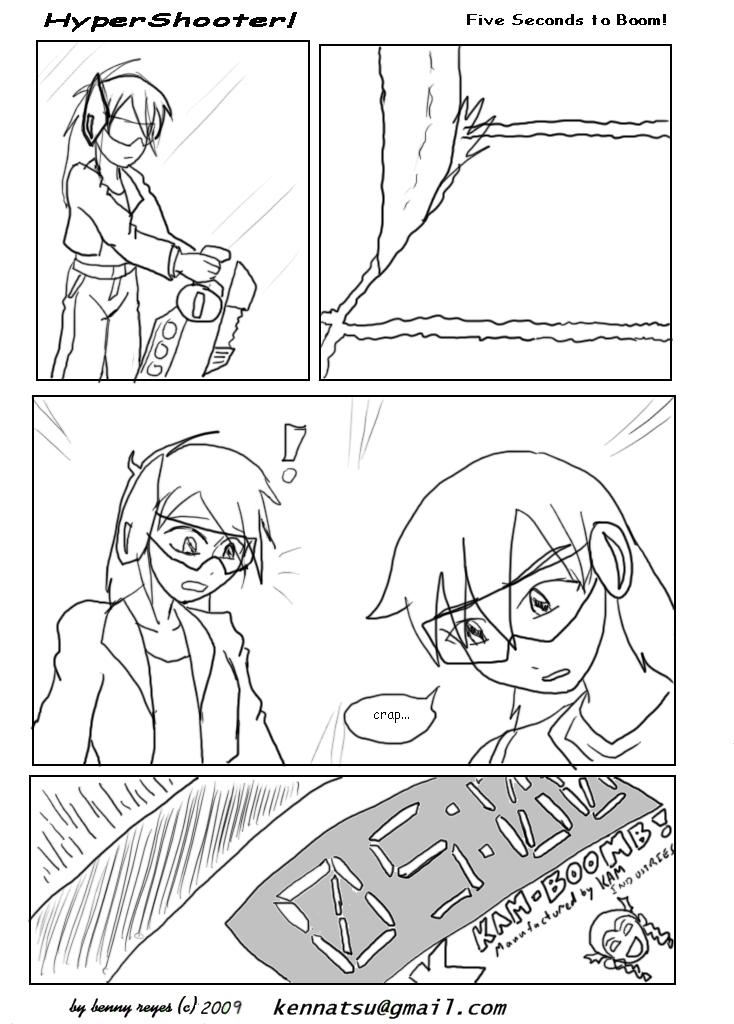 This may not end well…

I'm gonna try the black and white approach ‘til I can improve my speed coloring. I don’t like taking an hour to get the thing right. The fact that I have the “cheap” version of Photoshop called “Elements” isn't helping; I have to save and switch between it and Micrografix just to get the frames done, and Micrographix won't allow me to feather the lines. *sigh*

As for concerns about the gun, no self respecting Hero Merc with a gun like that would use it without safety protocols (such as being DNA tied to the person designated to use it so that it deactivates if someone else tries to use it).

Okay then, all you need to use it is a glove and cloned skin. ...Wait, you didn't mean that, did you? :) (Sorry I felt that I should put a joke up. And thank you for answering my question.) Also Boomb? Boom, Bomb, Boob. All of these words can be simply seen just by dropping one letter. Does it affect all three?

DNA-tied? You mean it will work only if you also tear off the hand holding it?

what is going to happen to our heros