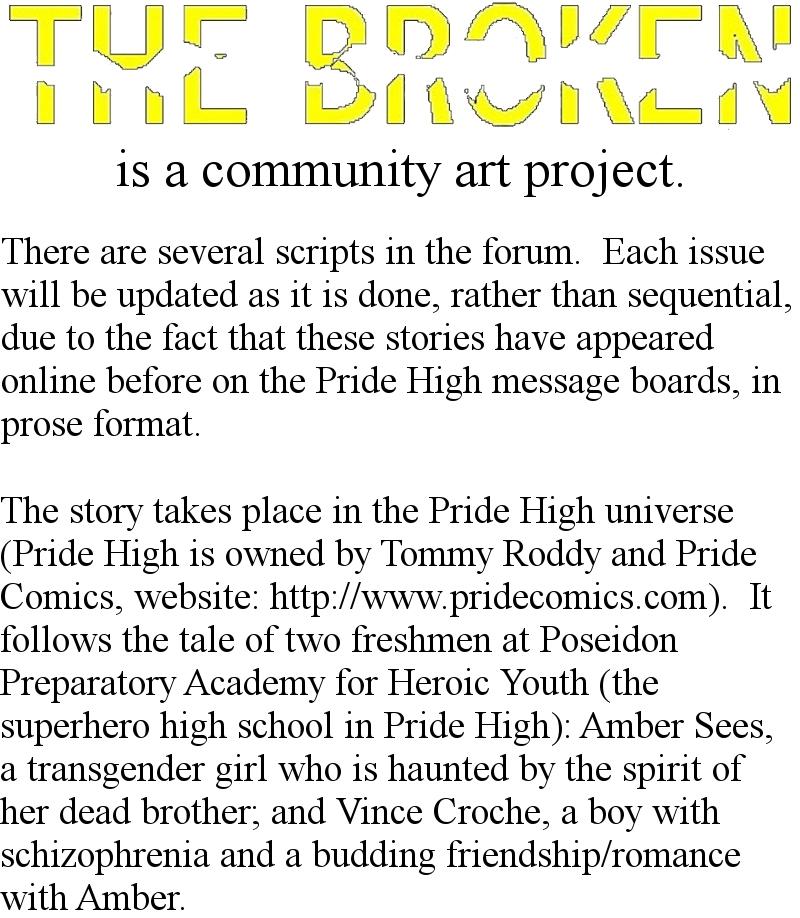 Overiew and explanation of the community art project

Hopefully this clears things up a little more. I will update this front page whenever a new page is uploaded.

Note: Click here to go to the Pride High site. It's a great comic and I highly recommend it. The comic follows the Gay/Straight Alliance at Poseidon Prep as they start a squad in the school's Inter-Squad Championships (ISC). Aside from interpersonal high school conflict, there is an overarching mystery surrounding the death of a team member. Which one died? I'm not telling–read issue 2. The comics can be purchased from IndyPlanet or in PDF form (cheaper, but never as satisfying as having the real thing in hand).