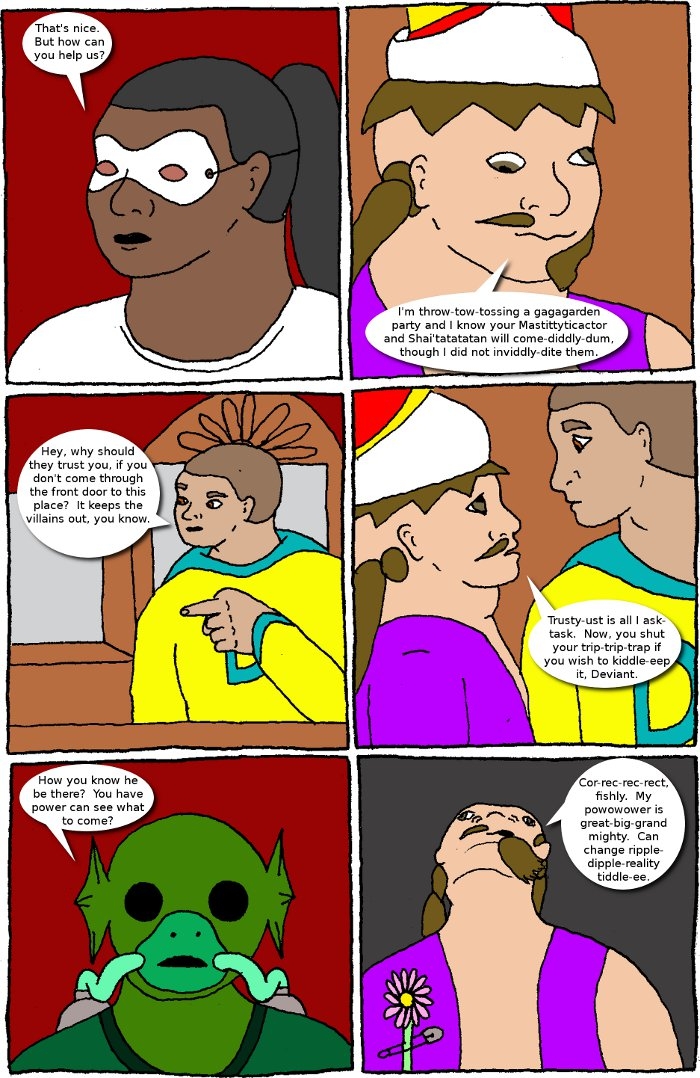 Last page you got the “Grand Vizier” part of this storyline, now you can see where the “Garden Party” comes in.  But this Grand Vizier is a little… off, now, isn't he?  His dialogue is pretty fun to write, even though it can be difficult to make people understand what he's saying through it.  I hope none of it is confusing.

In case you're wondering, Deviant is the same bartender that appeared in issue 4.  His name's finally been said in the comic, though.  I was at the actual 501 and the man he's based on (and supposed to look like) was nearby–and now I know I really should tweak things.  Specifically, his nose should be more Roman, he should have sideburns and his hair should tuft up a little in front.  That's what I get for trying to draw from memory when I never look anybody in the eye (darn my possible Asperger's Syndrome!).  Fun fact: he's Filipino but looks white, since, as he says, he got horribly sunburned once and his skin never regained a dark color after peeling.  It's possibly because he's only 1/4 Filipino.

This si a part of Crossover Melee.  If you want to be involved, e-mail me at karamesser@hotmail.com or PQ me on this site.