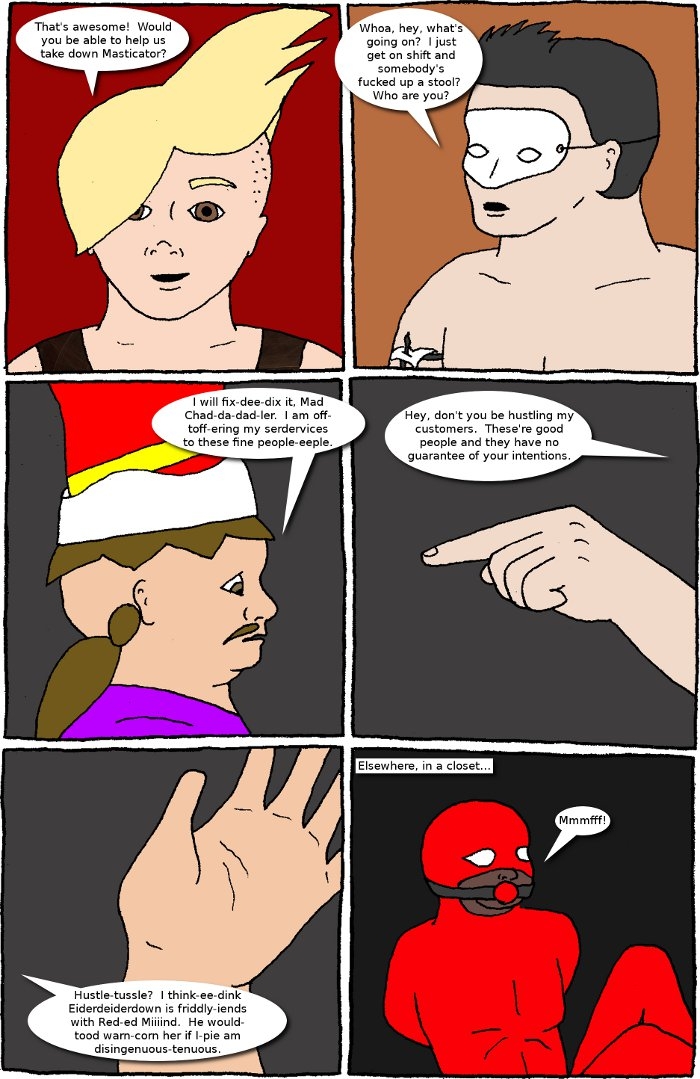 It's getting a little more sinister here.  Red Mind can see the future, but not his own, which is why he was captured.  But actually, I originally wasn't planning on putting this in, but I realized that he would likely intervene in this, since he knows Eiderdown.  Still, this may be too big a clue here to the guy's intentions, if my page comments on the cover weren't enough (or his threatening Deviant).

The Mad Chadler also comes on shift here, in part because I wanted to draw him again.  Remember him from last year's Halloween special (the last time I was a part of a Halloween Cameo Caper)?  I hope I don't trot him out only every Halloween special.  Also, I realize I don't have much cursing in this comic, but include an explicative here.  The Mad Chadler is based on one of the bartenders at the 501, and I wouldn't feel right neutering his speech.