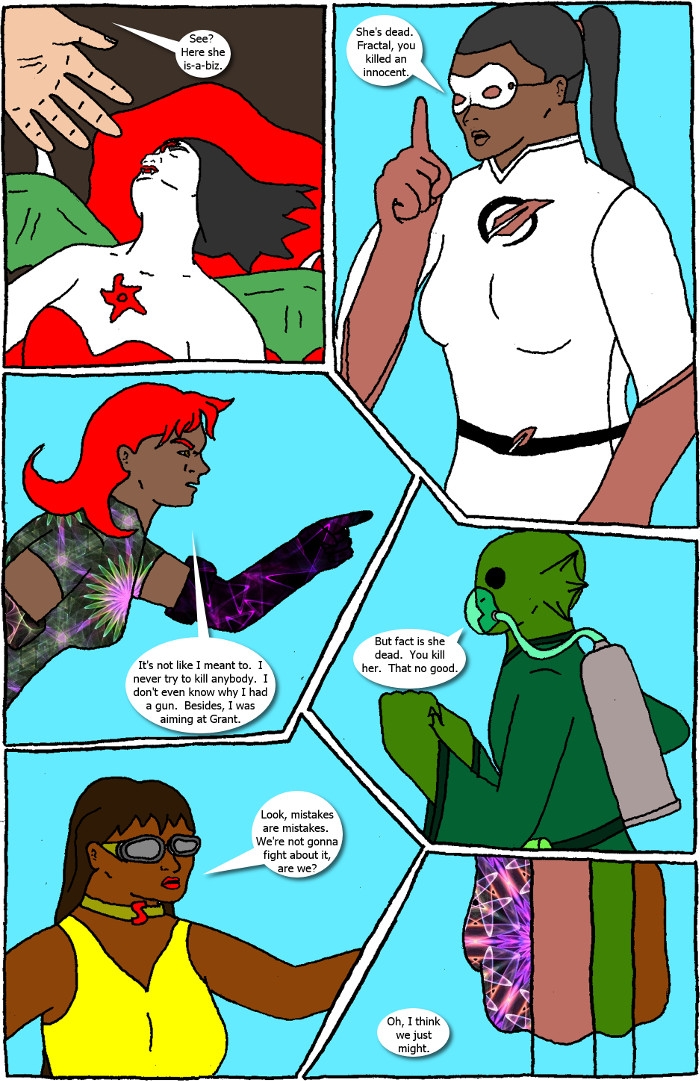 Ah, the petty, out of character conflicts between heroes that drives the current age of comics.  Remember when heroes fought supervillains?  Marvel and DC don't seem to.

Also, Varla returns.  Fiendish Fellowship showed her flying off to try to find the Karabear heroes, and this page shows she found them, but was in the line of fire from the gunshots two pages ago.  She's a plot device here, but not actually dead (she's a vampire).