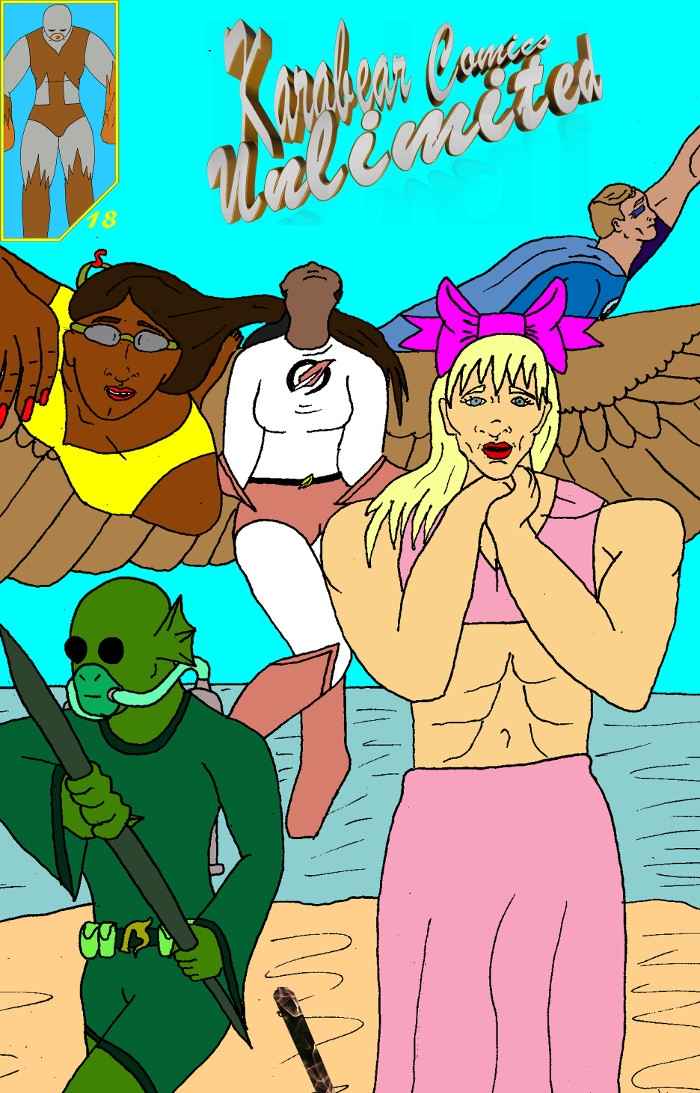 What's this–a new logo?  I'm trying it out.  What do you guys think?  Is it good, or is the old one better?  This is something I whipped up in a little 3D logo maker.

Also, it's sad that it was only when I got to coloring this page that I realized I omitted a major character.  I forgot to draw Fractal!  So that little fractal bar down at the bottom is supposed to be hir, right out of sight but holding a construct.  Still, it was interesting to put so much of the cast on one page.  I like Sparkle's pose the best (her stomach muscles look really weird, I know, but I like the pose).  It's so girly and like how she would act.  Yes, it looks a little funny considering the Runner is right next to her, ready for a fight, but I have a feeling they're looking at different things.

This is part of the 2014 Halloween Cameo Caper.

Its a really good show-off, especially with the beach background :)