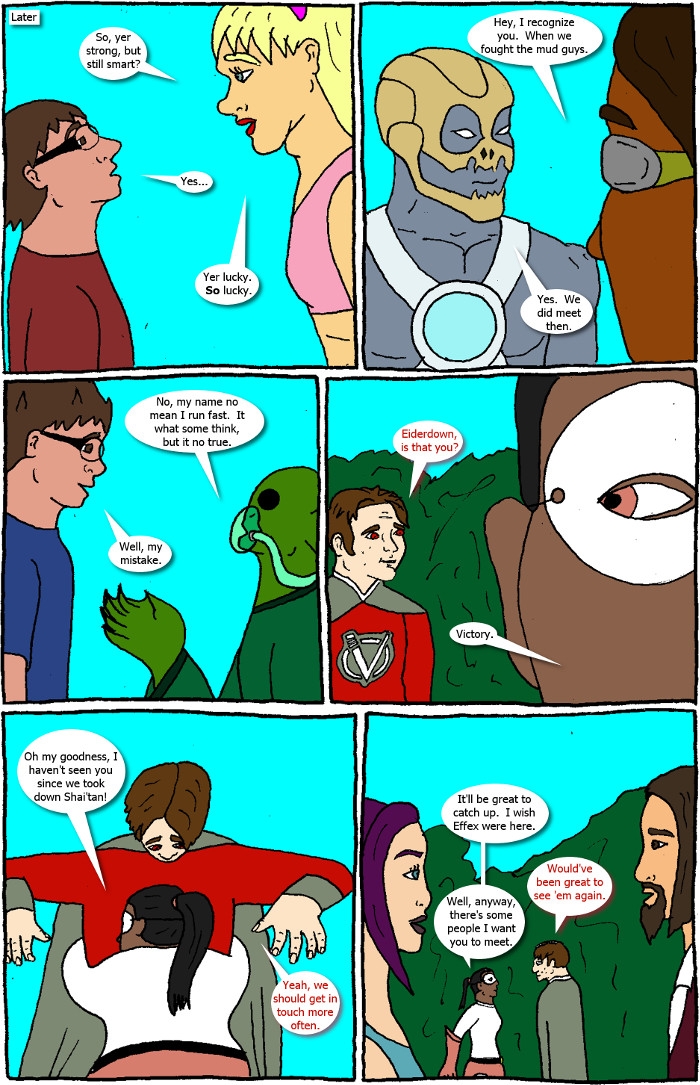 Sorry for the delay.  That's what happens when you decide to do three comics that all update on weekdays, with lots of cameos, during the most busy month at work.  Fun.

Anyways, here we have characters from Thomas and Zachary, Sugar Skulls, Victory, and Autumn Bay.  Victory and Eiderdown see each other again, which is nice, especially since this is the first time I've officially drawn Victory.  That last panel is also from a page in Victory that appeared earlier.  And this is all part of the 2014 Halloween Cameo Caper.

Wow this is awesome! great job on Victory!

Great to see how the various characters interact when meeting each other :)