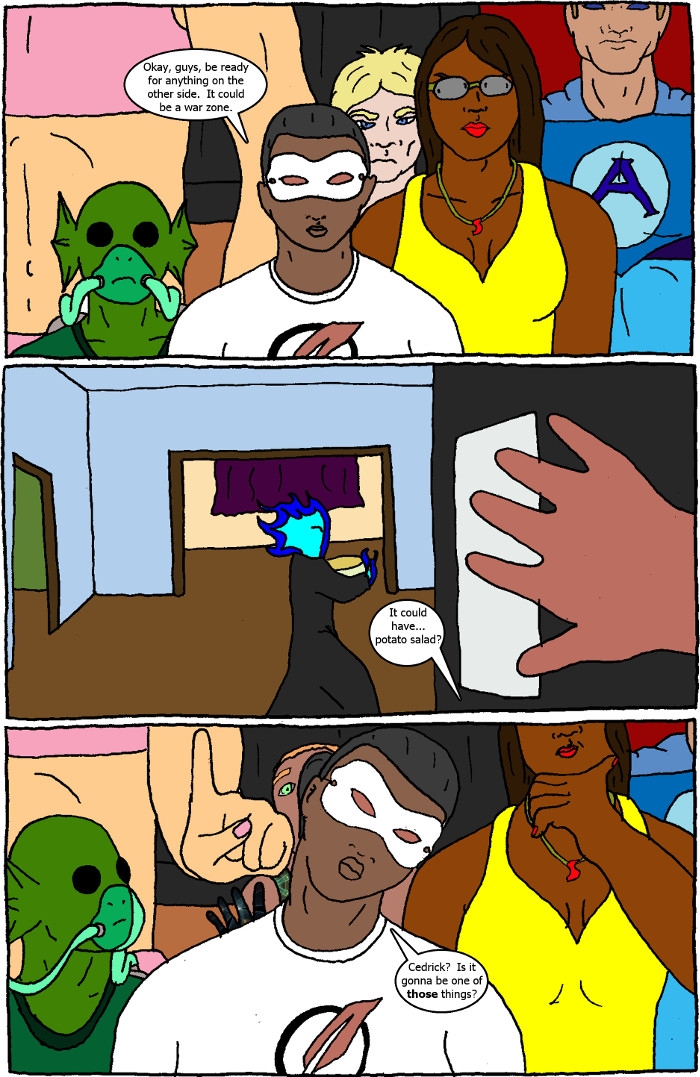 The 2015 Halloween Cameo Caper took place at the house of Fox (from Hey Fox!). The message will be explained later.

I do like how this page came out. In that last panel, everyone is doing their own thing to react (well, you can't see Astral's reaction), and I enjoy that, and I think Eiderdown on the whole I drew rather well. Poor Sparkle never got her head in frame, though–it's what happens when I focus on Eiderdown, as the difference in height between the two is actually significant.

I was thinking of making that last panel silent, but felt it needed some sort of speech. Maybe I ruined it.

Anyways, all goes according to plan, the next page will show the next group involved.