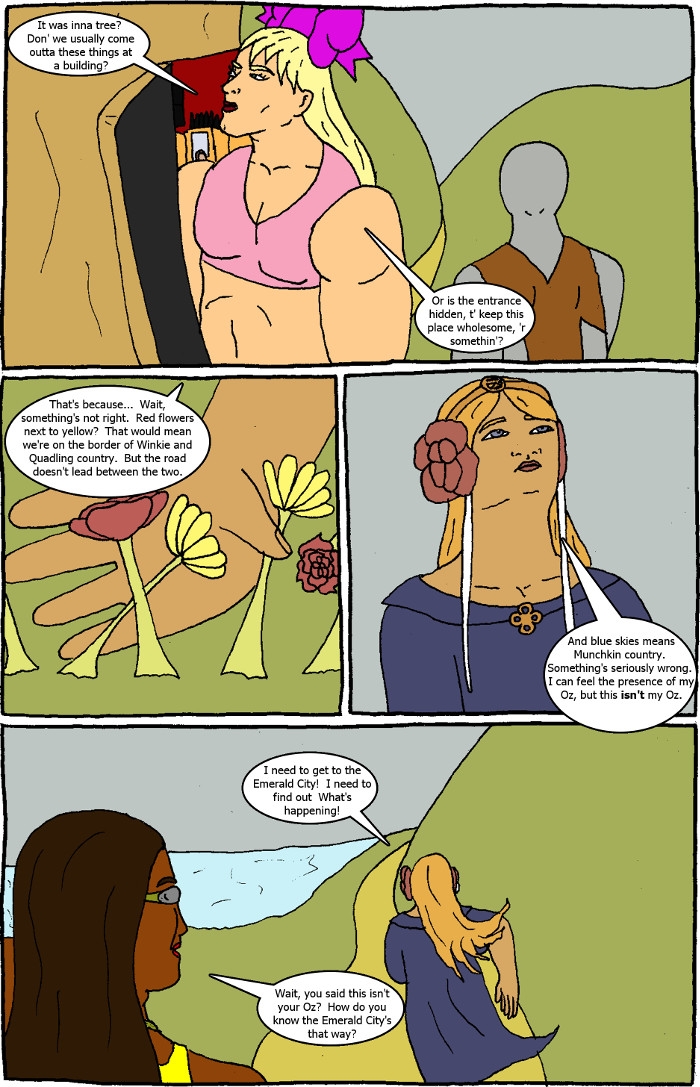 Again little late, and I apologize. I hope to get a buffer over the weekend.

A revelation: this is a different Oz. But yet, she's not wrong in saying she feels her own, as well. More on that as things progress, of course.

This is still a part of the 2016 Halloween Cameo Caper, though we haven't gotten any of the cameos in. Unless you count the Protectors characters, but this is more of a crossover than a cameo with them.

Wrong Oz? Have they taken a wrong turn and ended up in Oz, Colorado?