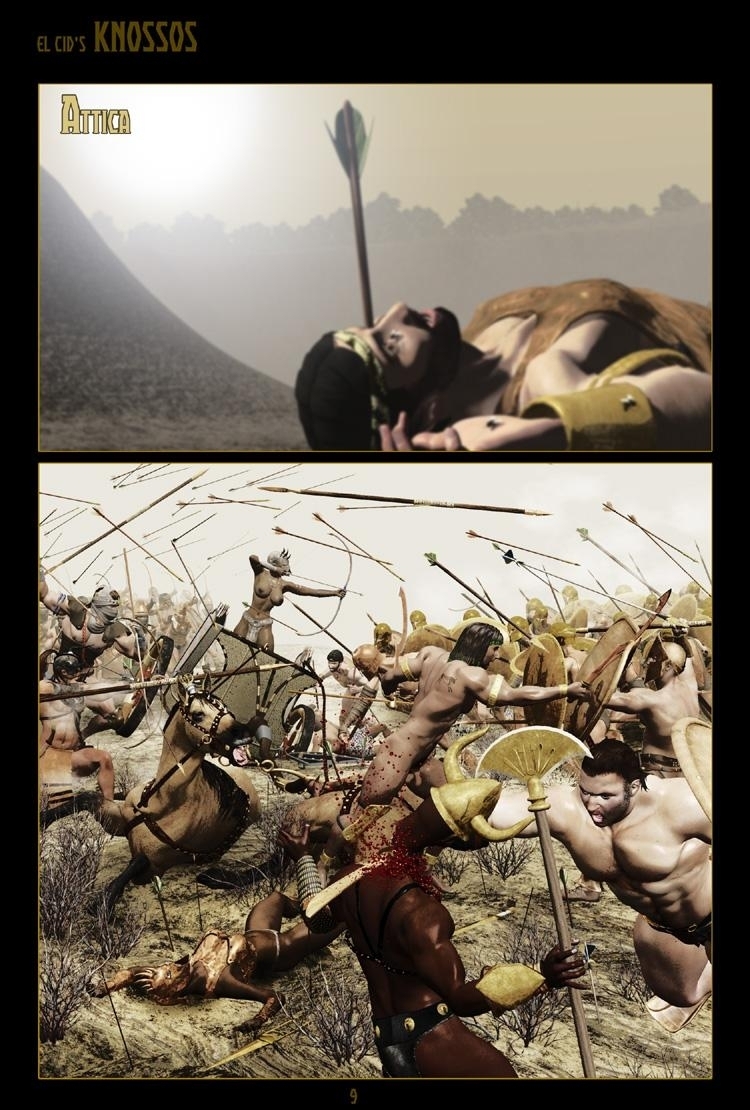 First page of the Big Battle Sequence. I should point out, in case it weren't already obvious, that this comic is not meant to be historically accurate. Here we have the Minoans facing off against the Athenians, but that may or may not have ever happened, and also as far as I'm aware the Minoans did not possess a huge coalition-type army with Nubian mercenaries and such. That all came from the Encyclopedia El Cidia. (which is only slightly less reliable than Wikipedia)

This comic is still on hiatus by the way; I just wanted to finish these couple of pages I was working on. Right now, I'm going to focus on finishing Act II of my other comic, which probably still has fifteen to twenty pages left (a number I'm pulling out of thin air), which could take a while at the rate I work. I should be returning to this comic after I'm finished with that.