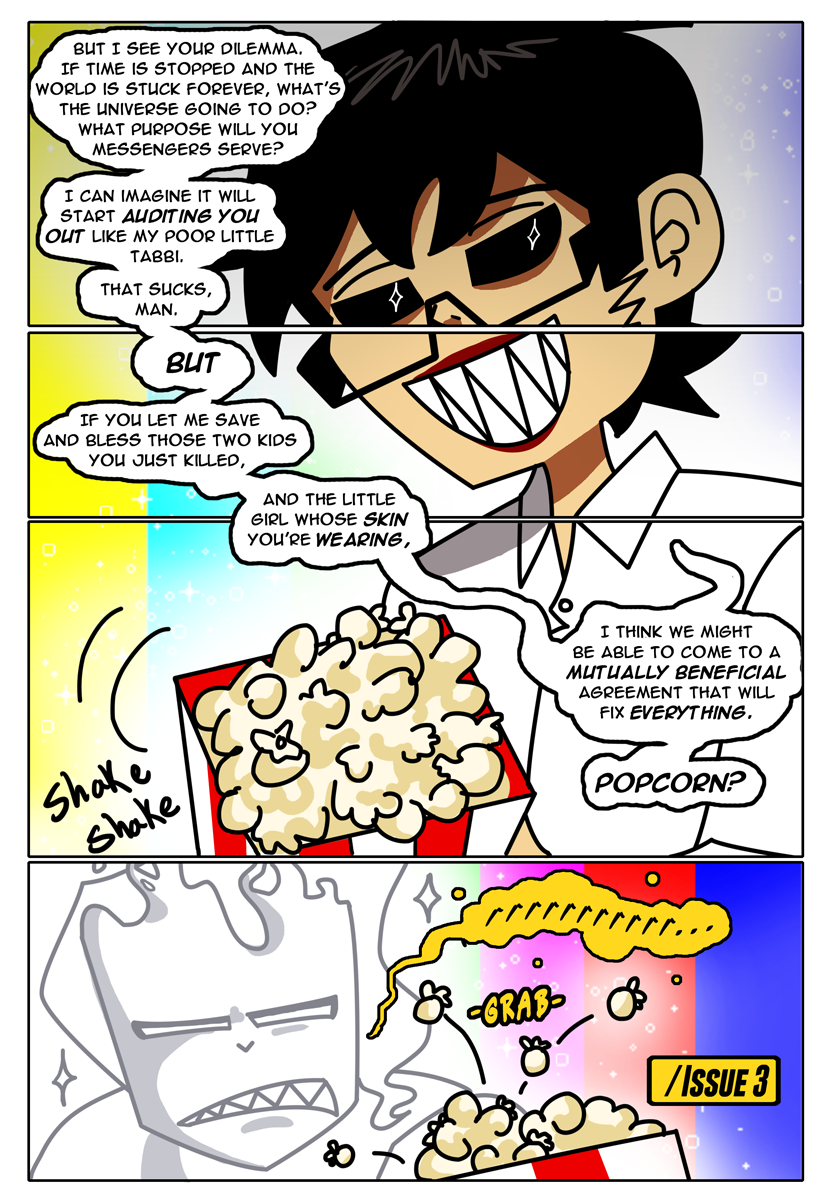 Fun fact: Other supernatural beings and deities really dislike dealing with the Dream God. It operates in the realm of the subconscious, so its actions are unpredictable. It devotes much of its time thinking about things and finding creative opportunities. It also really likes American media. It went through a BBC phase but ehhhhh. Baysplosions, man. Baysplosions.
———-
This is the last page of the last issue of Koji Takahashi and sets up the framework for my next series, Anarchy Dreamers. Anarchy Dreamers is the continued adventures of Koji and everyone else.
There will be a “Bridge Comic” (that's what I'm calling it, at least) that transitions us from Koji's comic to Anarchy Dreamers which will come next. I was calling it an epilogue, but I realized that that would be a misnomer because this is just the beginning of the story! I'll be posting it soon. : )
So, thank you, from the bottom of my heart, for reading this far! I hope you've enjoyed yourselves and that you'll continue to read my comics in the future. :' )

OWNED! LIKE A BOSS! Dream God is best character.

Ohhh...interesting so just the first comic of a series. Cool. Great page.