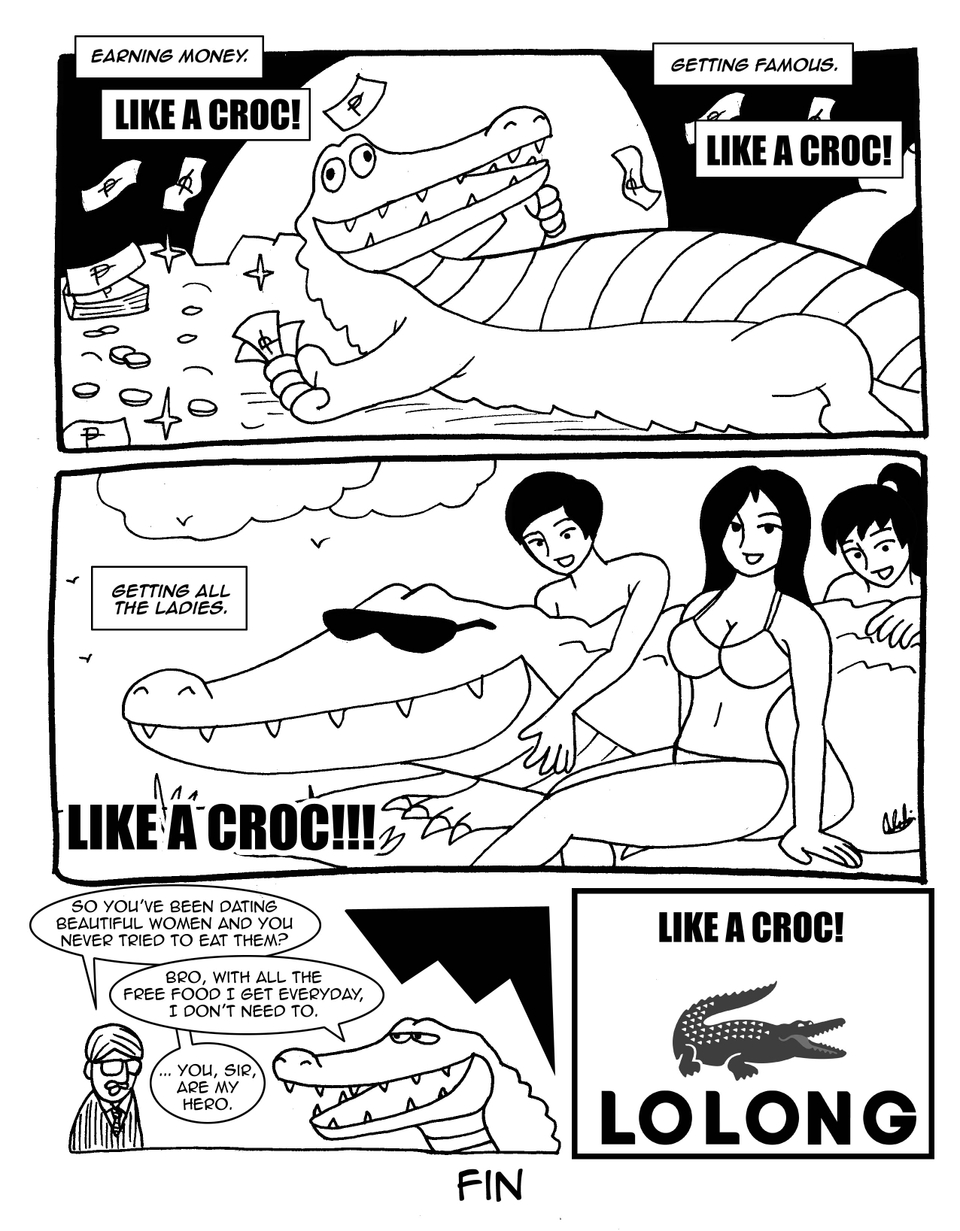 A 3-paged Lolong fan comic and a parody of the Lonely Island’s Like A Boss.

In November 2011, Australian crocodile expert Dr. Adam Britton of National Geographic sedated and measured Lolong in his enclosure. He confirmed Lolong as the world’s longest crocodile in captivity at 20 feet and 3 inches. His confirmation is good enough for entry into the Guinness Book of World Records but that announcement is to be published six months later, in March 2012.
Sang to the tune of : http://www.youtube.com/watch?v=NisCkxU544c