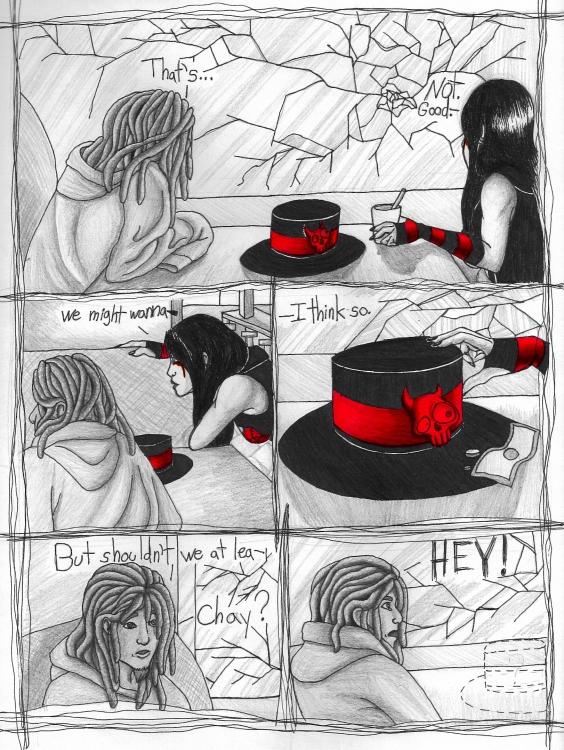 I think i'm getting the shading down better. I would have finished this page WAYYYYY earlier but then finals hit, then i got super tired, then broke and cut my toe. Plus i colored this….instead of ummmm, well i took a chunk out of my study-for-a-final-i-may-do-poorly-on time. That's what i call commitment to art XD. Tried using Corel instead of Procreate painter classic. For some reason every time i tried to shrink it down the red would get displaced slightly which looked kinda cool…but freaking drove me nuts since i'm such a perfectionist of keeping things “within the lines”. Finally with a little tweaking, i learned if i just merged the layers by saving it THEN shrink it down i wouldn't get that problem and Voila, just enough to go over my notes for my last final. *flails*

Dam this looked like a fantastic comic. To bad its dead. :(

nice looking art. I like the black and white with the red!

hahaha man this makes me want to finish up Page 45 for DoN instead of working out Great work Miss Perfectionist ;P