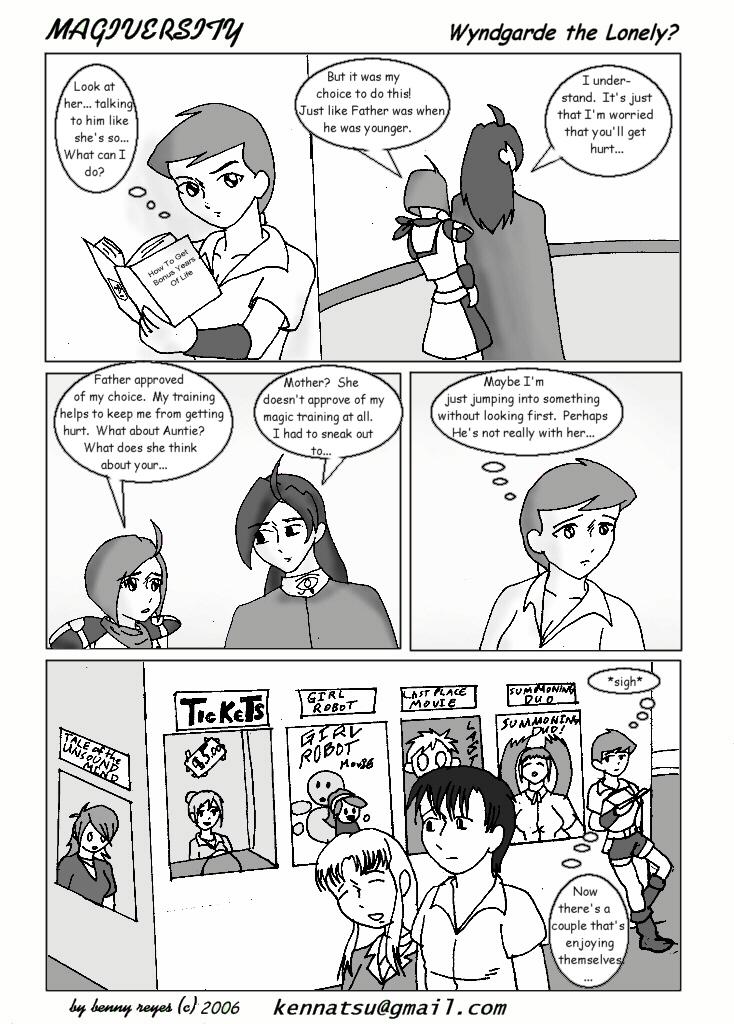 Wyndgarde is taking this rather wrong. And making assumptions as far as their relationship is concerned. Firilis and Atashi are, in fact, cousins. Wyndgarde has yet to figure this out…

Sorry about the low update rate I've been at for the past week or so. Work is shorthanded, and I've been pulling doubles and that leaves me pretty tired out.

Yes, another cameo filled comic. I'm not just going to put generic characters there. I guess I should list them. First there's Life and Death in the first panel (you can barely make out Life's mask). Then there's Casey from Cafe Buzz manning the movie ticket counter. The couple in front happen to be Rey and Julie from Gift. The four movie posters are Unsound of Mind (That's Kathy in the poster), Girl Robot, Last Place Comics, and Summoning Duo(warning: possible adult content). Well, that's that. 'Til Next time!!! :)

*returns to his heavily defended hideaway*

Wow! I just got the message since I haven't logged on in a while, but thanks so much for the cameo. It's great! :D

Have to get an autographed version of this book.

My pal Hogan is getting his exercise

Next Time Lonnehart! Next time!! ... and I was right about Firilis and Atashi... yippee! :D