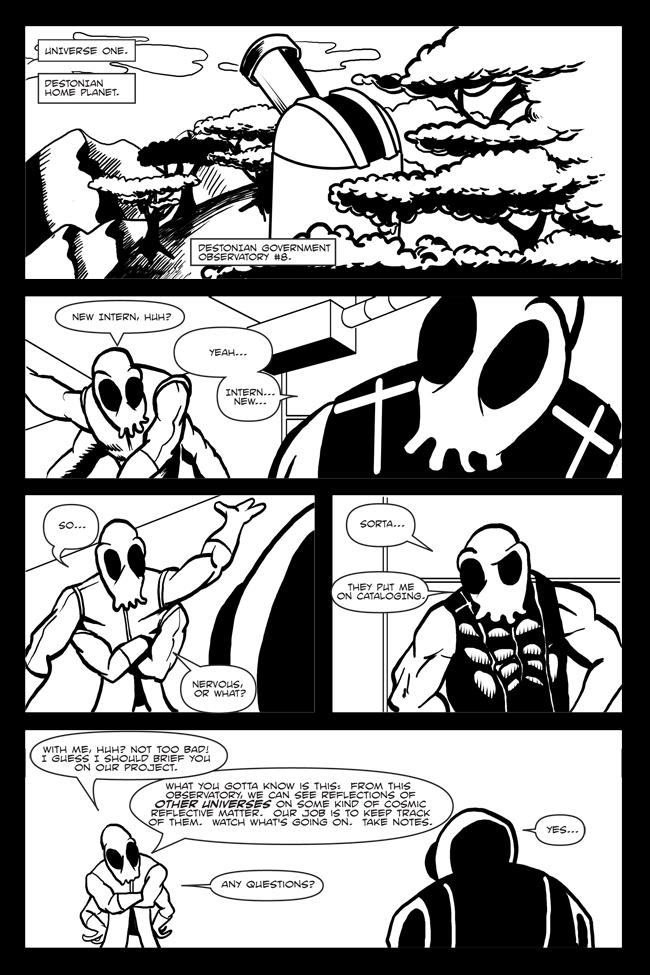 The original version of Mastorism was created by my friend, Jeff, and I back when we were in high school. Though the continuity got convoluted (to put it lightly) over time, it was always something I was very happy with and for years had hoped to continue at some point, bringing it to a much wider audience. When I started really wanting to make that a reality, I realized, if I just picked up where I left off, crazy as things had gotten, no one (probably not even our five old readers) would understand what the heck was going on.

So, after years of deliberation, and various scrapped ideas for where to start this story, I figured that if I'm going to reboot, revamp and bring this story to a new audience, why not totally restart it? Probably one of the best ideas I've had because it's given me a chance to rethink why things are they way they are, add new characters, and re-work some old ones.

Great. But I still felt that there are certain aspects of the Mastorism Universe that needed a little explaining. Wanting to jump right into the story, I felt that explicative scenes/text would, well, I just wouldn't be happy with it. So I came up with this quick (well, to read) four page prelude, which not only helps explain some of what the status quo of the Mastorism Universe is, but also establishes some not-researched-at-all cosmic concepts! Yay! Anyway, there are times when I think that the concept of having this prelude is a little hokey as well, but dang… this is MASTORISM!

The only other thing you need to know is that in this comic you'll frequently see the letter “U” and the word “universe” used interchangeably (I think DC started doing this too, but we thought of it first)!

Okay, and uhm.. being the first page… thanks for check out Mastorism. Let me know what you think!

GLAD YOU'RE BACK! GREAT ART

good use of blacks!

Can't wait for the next installment!!

oops meant to be a 5

forgot to rate this yesterday

This is great! looking forward to more

Wow, I love the heavy ink work! I'll definitely be keeping an eye on this :D