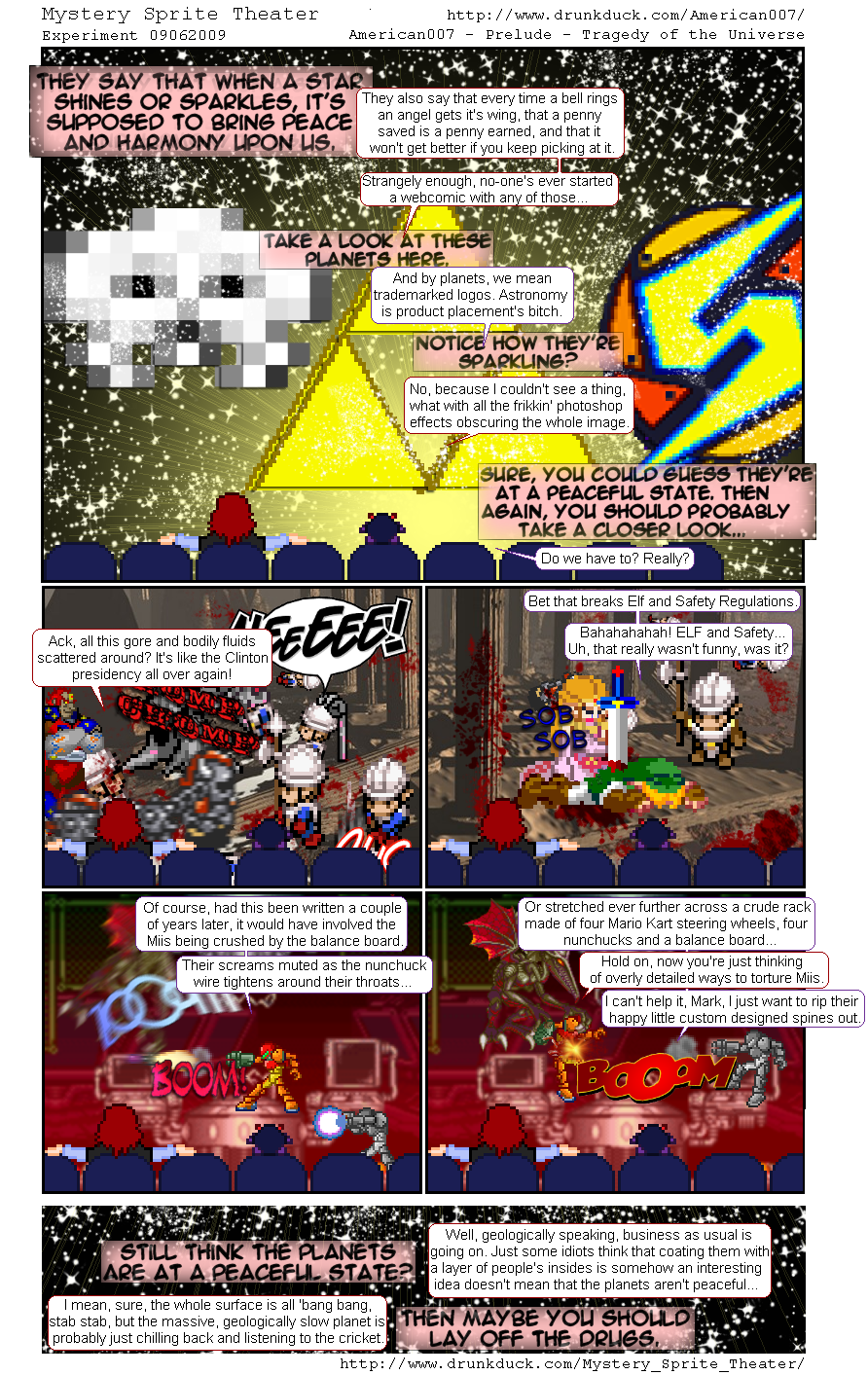 American007 - Prelude - Tragedy of the Universe

Britain managed to elect two Nazis to the European election this weekend. On the one hand, it's a massive faliure of democracy that so few people came out to vote that the 2% of the electorate stupid enough to vote for a racist party managed to get a pair of representatives in, but on the other hand, if you've got a pair of Nazis, where better to send them than to Belgium; a country where Holocaust denial is illegal, and punishable by a prison sentence.

I give them a month, tops.

This year sure beated last year, though. :V

[i]If it doesn't make sense, remember: It's only a comic, you should really just relax.[/i] when will this update again? It be awesome

STAY CALM AND HOLD IN THE PEE.

What a coincidence: I have watched Mystery Science Theater The Movie this week... Instant Fav!

Heh, this is good! XD

I just saw this on Quail's Random, just reading the description made me say "hell no"

Haha, this was actually pretty good! Nice one!

XD I'll have to look up this one.

Wow, this is pretty good.