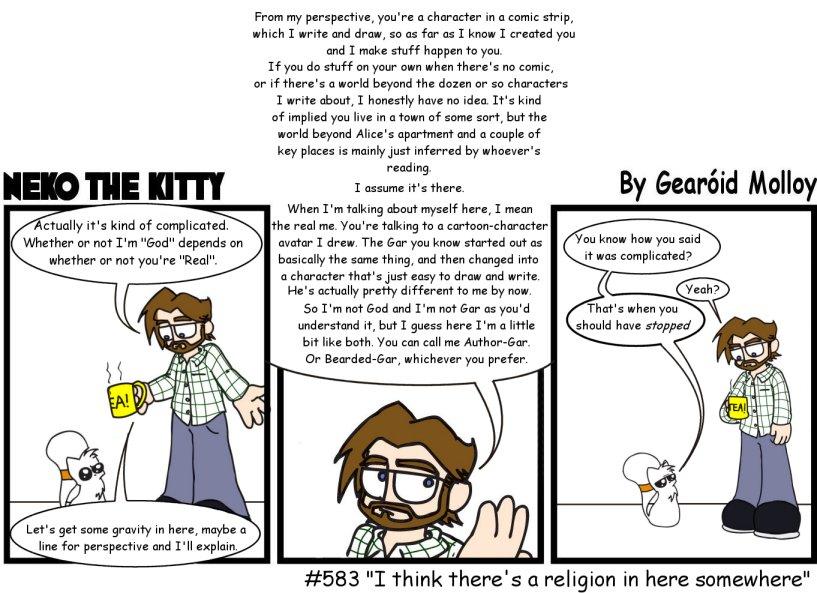 #583 "I think there's a religion in here somewhere"

This isn't actually a new idea. Watch The Neverending Story, the whole setup of that is that the land of Fantasia where all the business with Atreyu and The Nothing and the Jim Henson puppets is the world of human fantasy, then on top of that there's the Bastian story where he gets the book and becomes involved with it in the end. There's a bit where the Empress refers to the boy reading the book, but then she also refers to the people watching the boy, i.e., the movie audience. Us. So that film manages to break the fifth wall.

There's reference to Gar writing his own comic within Neko the Kitty, so it's kinda feasible that we're being called into existence by a reader somewhere. Makes about as much sense as anything else.