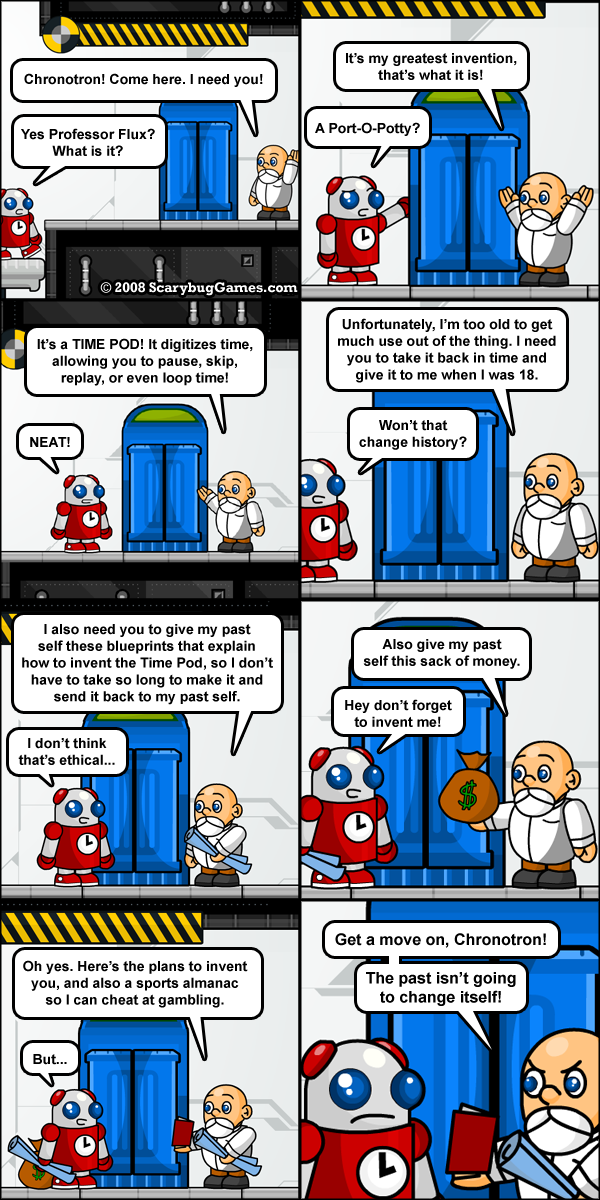 Wow! It has been so long since I've updated the comic! I knew that if I missed one update it would be impossible to get back on track, but so much has been happening in my life in the past few months that I really had to sacrifice the comic to free up time. As most of you are aware, I released a flash game called Chronotron and was paid handsomely by Kongregate for a sponsorship. I also just bought a house, and I'm not quite finished moving into it.

This comic is not Nerdcore: The Core Wars canon, it's part 1 of the prolog to the game. The art for Chronotron was originally done by a Romanian guy named Bodgan Ene. I used his art as a guide to create Professor Flux. Actually when I originally made the game, it had art very similar to Nerdcore, which was not really good enough for prime time.

still believe this will update one day

oh no, I meant to give it a five, and now I've become one of those idiots who posts multiple time :ccc

I've completed every level except the fifth bonus level :/ so glad to see a new comic up ^_^

I've completed every level except the fifth bonus level :/ so glad to see a new comic up ^_^

yeah, at least u updated the comic again