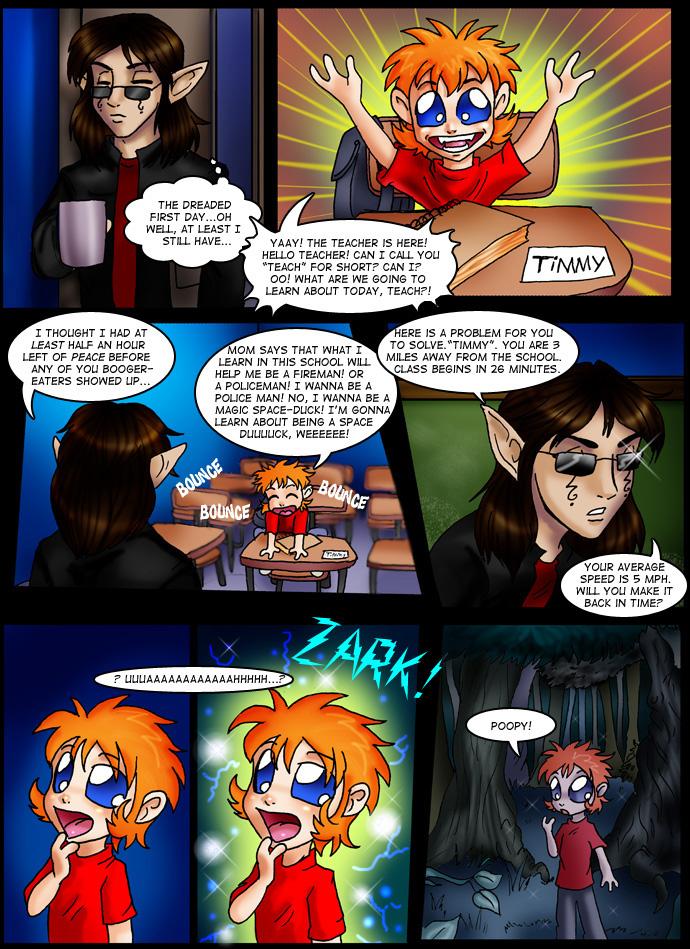 If you are looking for the old Night School, it has been moved to a new address at School Nights, a more appropriate title and what was originally intended for that particular series of the comic. Now this is Night School: Kojo Academy, but we could not get a : in the title so we needed this account for the comic.

This is the actual story, as opposed to the loosely connected stories of School Nights. This will be more linear, and finally some of the School Nights stuff will make some sense.

The drawing reminds me of charby

Nice, if I were a teacher (a super demonic teacher mind you)that is exactly how I would act!

He'll be about 35 minutes late.

Ah, I love this teacher.

Geez, what a grouch. Looks kinda familiar, though...

Wow, this comic has really changed since the last time I saw it...

Perhaps he can channel some of that hyperactive excitable energy into zooming to class super quickly? Hehe space duck XD