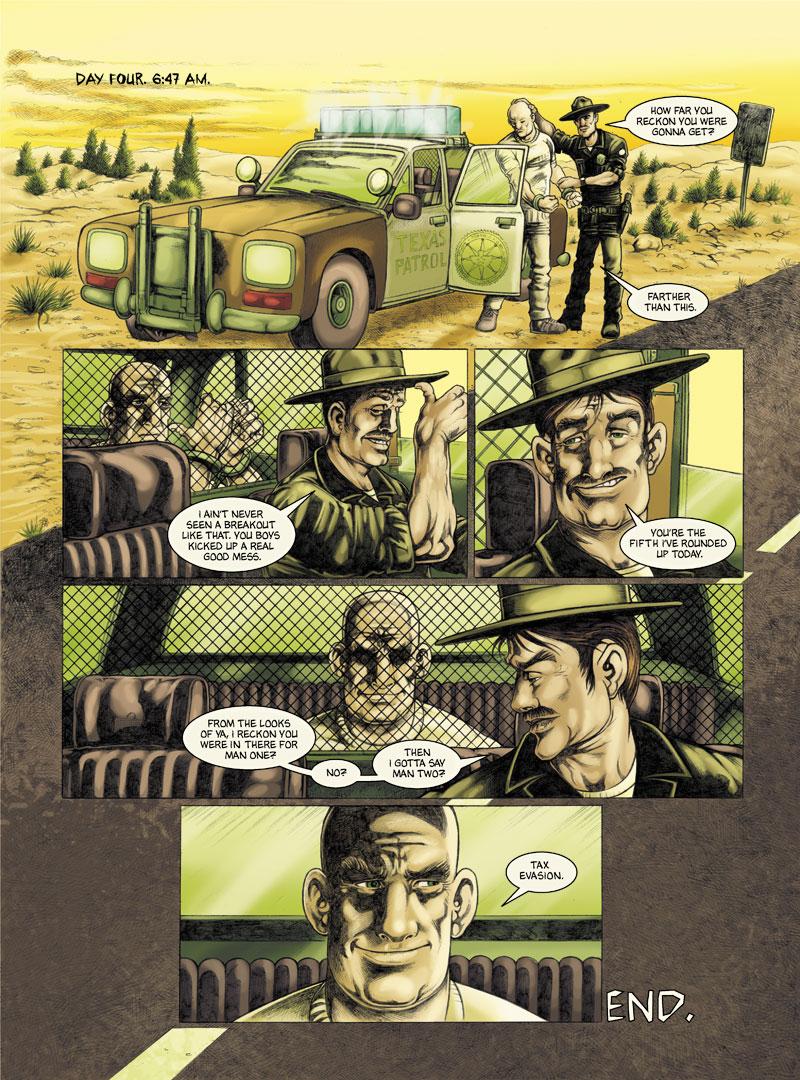 Grats on a comic well done!

Mmmm...nit bad I guess, alot of the characters look the same, decent coloring. It was a good short read, but not worth buying.

very short, very simple. I loved it a whole lot. it was down to the point. ending i roared with laughter. took me half an hour to finish it on here heh ^_^.

I enjoyed the story and loved the ending. Very clever!!

LOL that was a great ending

that was f'ing rad you rock!

Where are going to take next? Don't take to long.

i see this as a movie in the future...

wow brilliant comic loved it. tax evasion hahahaha. well i hope you do another i would love to read it ^_^

I just wanted to let you know that I really enjoyed the hell out of this comic! It's an interesting concept, part Shawshank Redemption, part Salem's Lot. Very nicely done!

BRILLIANT LAST LINE. XD Aaahh, a project at its end! This has been a very fun and inspiring ride. Congratulations! And well done for all your hard work. I hope you create more projects, and good luck for the future!

Cool ending, I like the tax evasion, I figured it would be something left field. By the way I saw Nightfall for sale in a comic book shop the other day. Given that I live in Australia Platinum studios' reach is growing. By the way, this was the only page that had yet to be posted. It took a lot of will power not to sneak a peak.