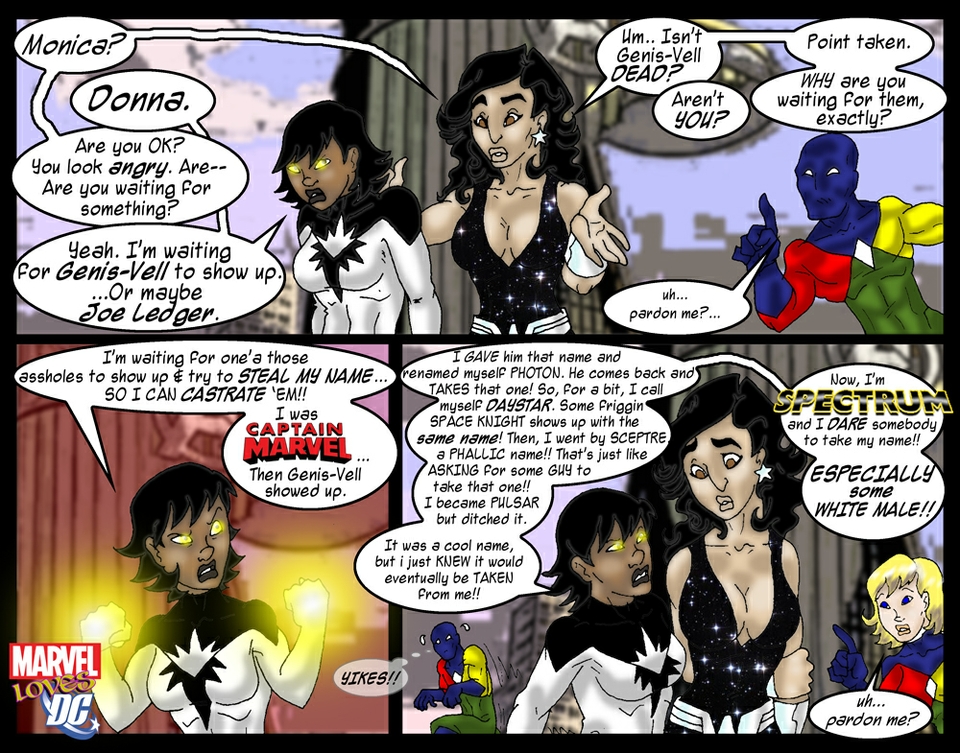 This one may be old news to some of you, but, hey… It was uploaded in July, if that helps.
Anywho…
Poor Monica Rambeau has had a tough time of it.(I think I even left out a couple of her various names.)I wouldn't wanna do anything to piss her off… like, say, be DOCTOR SPECTRUMor something.(Little shout out to THE INTERNET for constantly making it about race/gender. I mean, I GET it, but that's not the end-all and be-all of this whole thing.)Also, poor Donna Troy.New 52'd into oblivion. Not that her own ongoing pre-52 identity crisis was any picnic, either.I can relate.