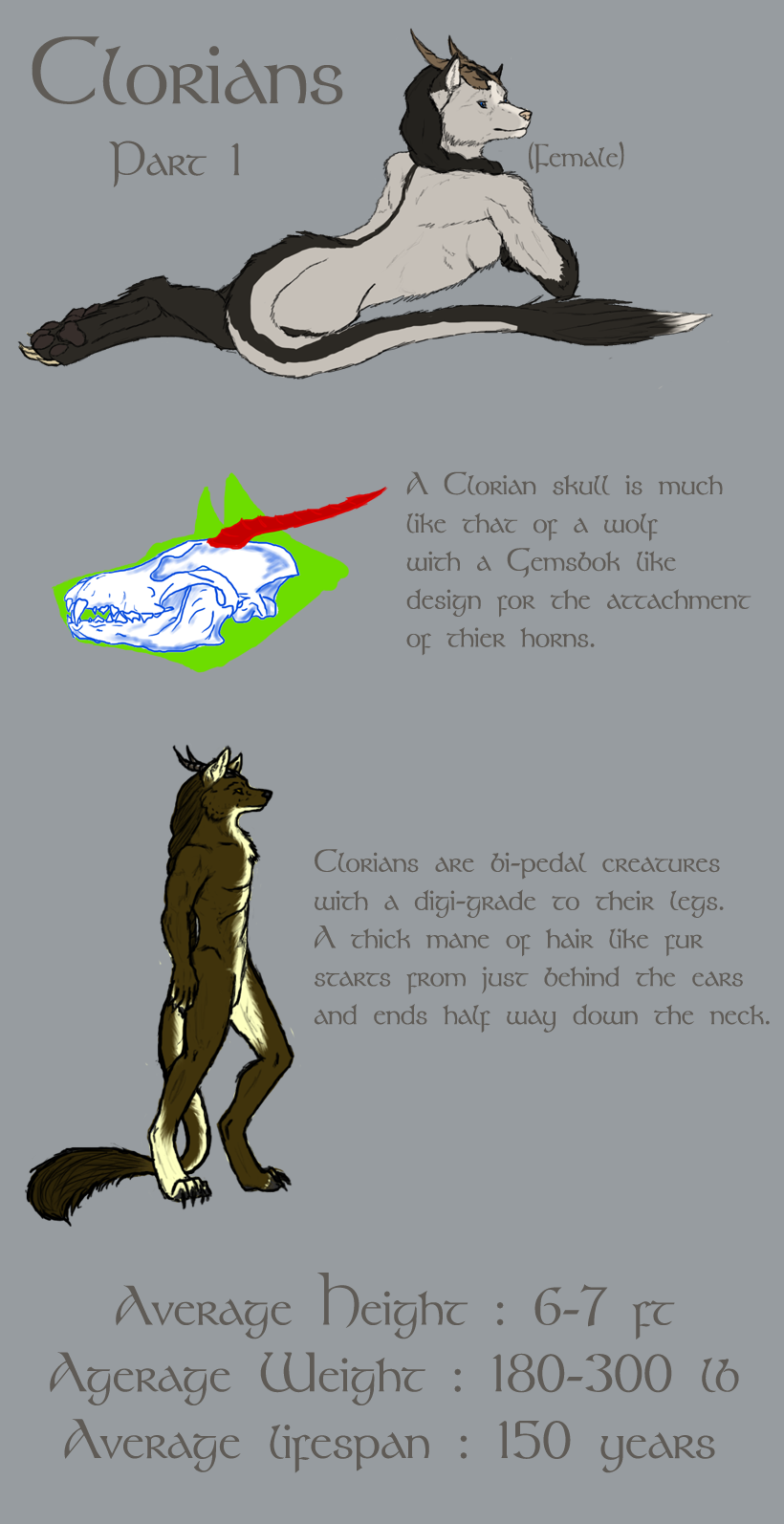 A race of aliens for this universe, Clorians are some of the most vicious fighters. Capable of hand-to-hand, Blade weapon, and ballistic weapon fighting. They will use their teeth to fight, though some of the more squeamish ones will refrain from feeling cartilage and flesh between their teeth. They come in natural colors, grays, browns, and blacks are most common. Other colors like gold, cinnamon, crimson, and white are less common but are still likely. Any color that an Earth Wolf can be, Clorians can be. It is thought by some humans that Clorians are actually bio engineered Wolves that some ancient lost civilization created.

is it safe to say this comic died

let's see where this goes

nice work i love it so far