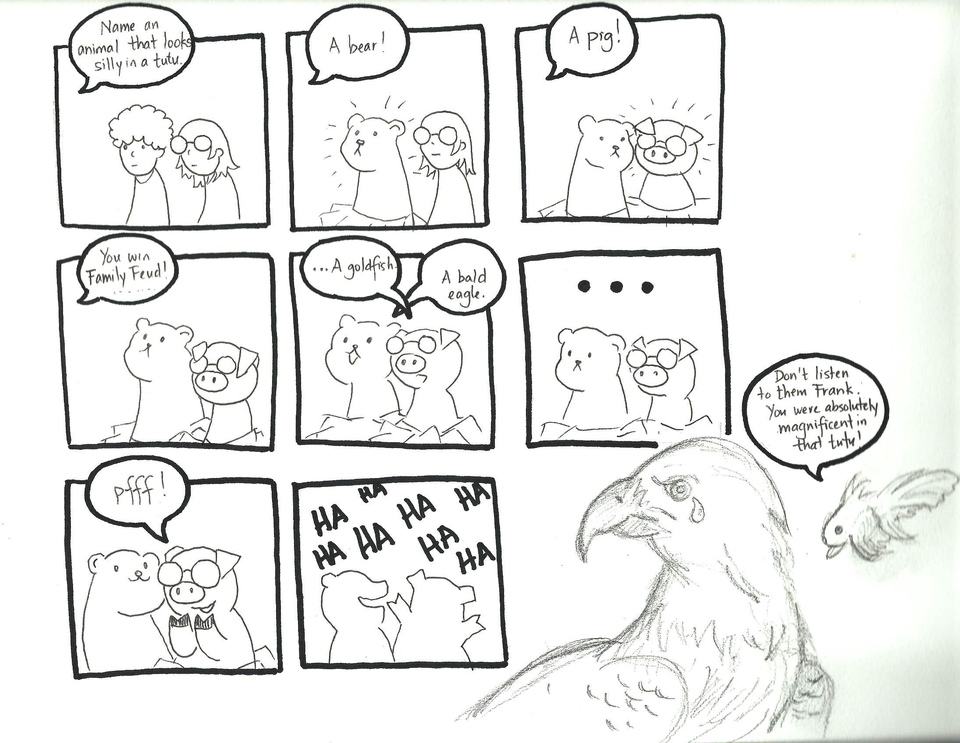 It's been a long time. In truth, I am here with no real plans. All I know is that I'm not feeling so great during this pandemic so today I decided to draw a comic and I want to upload it somewhere. I didn't spend a lot of time on it and if I can do this consistently, I won't spend more than an hour or two. I find that it's the fussing that makes something as simple as drawing, which should have been an enjoyable activity, completely more complicated than it should be.

Also I'm using Clip Studio and it's a new program for me so I don't know enough of its controls. Guess I'll learn. Like holy. Did you know there are two rotational tools in Clip Studio? I'm just used to the one in Photoshop.

I'm trying to develop a routine which I think will help with the sense of timelessness the pandemic brings. During lunch my husband and I watch Family Feud on TV while eating. We often like to guess along with the contestants. Today the question we had fun with was, “what animal looks silly in a tutu?”

Can you believe cat wasn't one of them? Or horse? One guy said blue whale and I think “silly” would not be the word I would describe a giant whale in a tutu.

Anyway I had a good laugh at my husband's suggestion. Imagine the most magnificent eagle landing gloriously in all its splendour…in a tutu.

I named the eagle Frank.

I can't believe nobody commented on this.