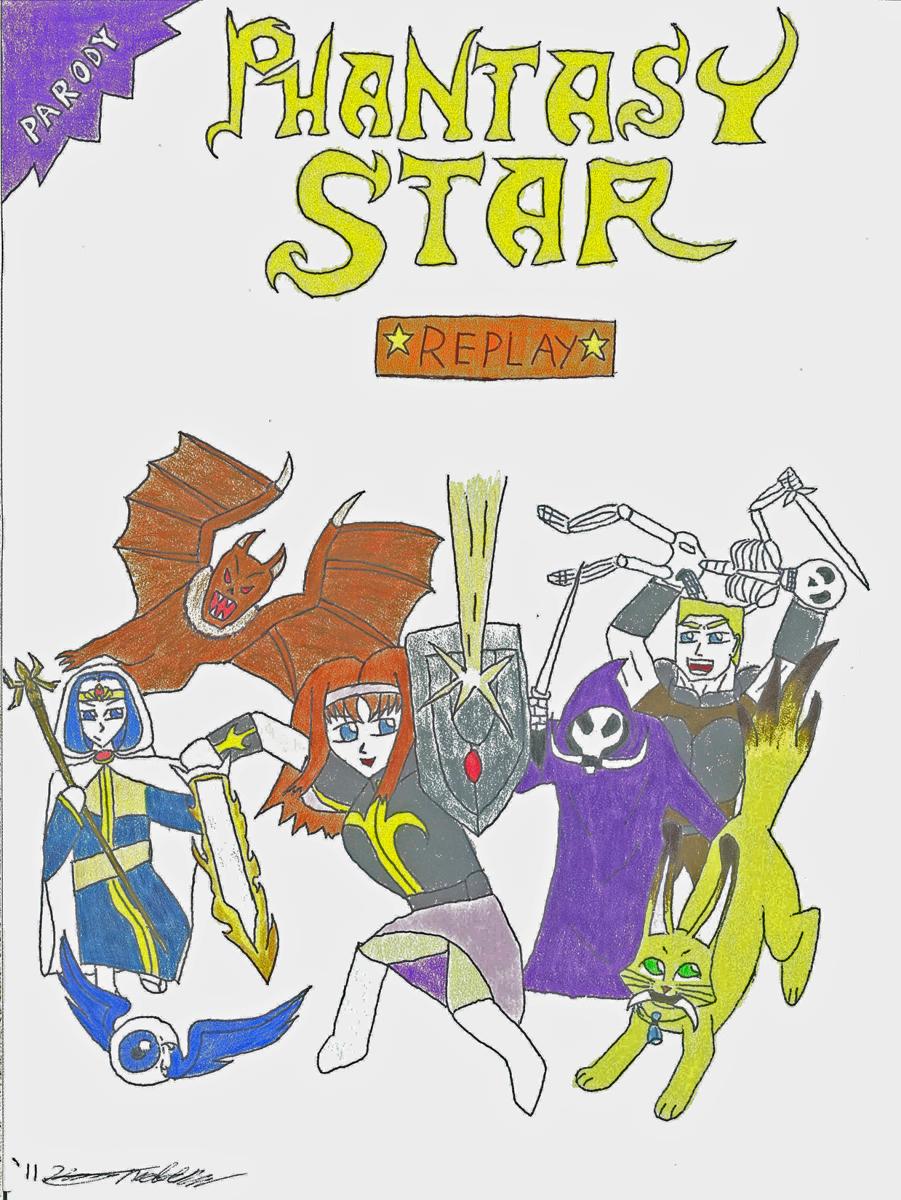 Here it is, My very first web comic, I hope everyone enjoys it. I tried to make it enjoyable for fans of the game and for people who haven't played it. I guess I do have to give the warning that this comic will contain spoilers for the game.

For those who have not played the game, here are a few key terms that are used in the game and this comic:
Algol: The star system that the game takes place in, consists of three planets.
Palma: The first planet, a lush green planet similar to Earth, the native people are humans.
Motavia: The second planet, a harsh desert world, the natives are short, blue furry creatures.
Dezoris: The third planet, covered in snow and ice, the native people are tall and green.
Meseta: The currency used in Algol.
Laconia: The strongest metal in the Phantasy Star universe, has holy properties.

I should also state that all characters, names, places, and over-all story is copyright 1987 Sega.

OMG! This is hysterical times 280! I recently replayed PS (I am an original fan since '88) and EVERY panel had me nodding and laughing out loud! Thank you a million times over!

I love how instead of Adventure Role Playing in the top left corner it says parody...nice touch.

Not gonna lie, never played Phantasy Star, so there's a chance I'll have no idea what's going on. The key terms are appreciated.