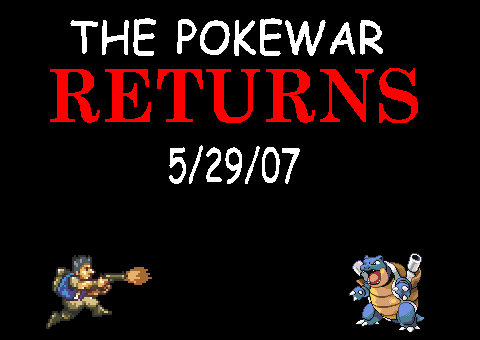 I am returning! I have finished my exams and have started on a new batch of comics. The first updates will be posted on the 29th.

yep he's not coming back it seems

What a shame, it was a great undertaking...

u cant just leave us hanging

Um...Are you still alive? It was a great comic.

Its been a year already.. (Ok, so thats tomorrow..)

Don't try and have all your comics return on one day, Because You may fail, And disappoint maaaany people....

How long will it take you to update!!?

My cameo is needed! For almost a year i have waited!

Assistant author here, I've been sending hs5k constant messages, but hasn't responded in over a month. My assumption is that he is having computer problems.

lets have a year anaversery at may.

Well, you said it would return. And it hasn't on the specified date... Well... IT HASN'T UPDATED AT THAT DATE YET YOU RIPOFF ARTIST!!!!!

Why do you torture us so?

I can't believe this.. He might as well delete his COMIC!!

So much for a return.. ( I really loved this comic too..)